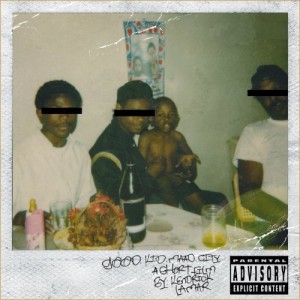 Among the more absurd recent developments in The History Of The Album is the rise of the trailer video. Some, such as those lush Until The Quiet Comes blipverts, are worthwhile accessories. The bulk, however, are clunky attempts to draw equivalences between the silver screen and the iPod display: two minutes of a Michael Bay movie is a pretty effective sell, thirty seconds of a Lupe Fiasco album, less so. One ostensibly daft example was Aftermath’s clip for Compton rapper Kendrick Lamar’s major label debut Good Kid, m.A.A.d City, which lionises Lamar as the latest diamond link in the Eminem-50 Cent-Game chain of Dre-approved megastars. For once, though, the promo was thoroughly appropriate. In terms of scope, execution and flair, Good Kid, m.A.A.d City is a bona fide blockbuster.

For someone regularly touted as having one of the most singular voices in contemporary hip-hop, Lamar has frequently found himself nestling under the wings of bigger stars. Without Dre’s patronage, of course, it’s unlikely he’d be storming Coachella’s main stage or racking up studio time with Lady Gaga. 2009’s weirdly obsequious C4 mixtape, meanwhile, was essentially a lengthy encomium to Lil Wayne. Even Lamar’s breakthrough records – the dreamy, rootsy Kendrick Lamar / Overly Dedicated / Section.80 run – saw him struggling to escape the influence of (at best) Common and (at worst) John Robinson. Lamar has trailed Good Kid m.A.A.d City as a “self-portrait”, and, thankfully, that’s what it is – a proper introduction to Lamar’s unique sensibility, and a Brobdingnagian artistic step forward.

In a way that hasn’t really been seen since My Beautiful Dark Twisted Fantasy, Good Kid, m.A.A.d City is a record determined to maximise the potential of the album form. Where West’s opus was a masterpiece of scale, however, Good Kid, m.A.A.d City is a triumph of breadth. It’s clearly an autobiographical record, taking its cues from personal memories. ‘The Art Of Peer Pressure’ re-enacts Lamar’s experiences of smoking a joint laced with PCP; ‘Compton’ offers a private guided tour through Lamar’s home city; Lamar’s mother and father intermittently address him down a phone-line. There’s also a semi-fantastical story running throughout about a troubled / troublesome lover called Sherane, and a lightly played redemption narrative to boot. The spoken word skits aren’t incidental goofs; instead they provide further material in a non-linear narrative that’s constantly developing. Tropes reappear, familiar characters pop-up in the peripheries, tracks provide reflexive commentaries on other tracks. It’s been a long time since I’ve heard a hip-hop record that plays so much like a novel.

What makes Good Kid, m.A.A.d City particularly remarkable, though, is the way it combines this bird’s eye view with a passion for local detail. More so than any major label rapper in recent history, Lamar is the master of the unexpected quirk, of the ingenious idiosyncrasy. The way ‘Backseat Freestyle’ rhymes “come fast” with “embarrassed”‘, the interior pep-talk in ‘Swimming Pools (Drank)’, the vo-coda bolted onto the end of ‘Compton’…there’s not a single track on the record that doesn’t have at least one neat twist up its sleeve. And then, of course, there are all the odd tics encoded into Lamar’s flow: the pernickety ‘t’ sounds, the occasional queer pronunciations, the double-speed syllabic dummies, the unexpected stop-start jags. If Good Kid, m.A.A.d City has a defining feature, it’s this: a highly dextrous balancing act between the micro and the macro.

Good Kid, m.A.A.d City, it should also be noted, is conspicuously light on the guest features. It doesn’t need them. With the dexterity of a performer in a one-man play, Lamar oscillates instinctively from character to character. Considering how often major label rap debuts are designed to construct a marketable brand, Lamar’s identity is remarkably porous. He merges with female voices (‘Bitch Don’t Kill My Vibe’ / ‘Real’), pitches down (‘Poetic Justice’) and speeds up (‘M.A.A.D City’). The third verse of tour de force ‘Backstreet Freestyle’ sees Lamar pull a Bruce Banner, abruptly channeling Waka Flocka’s gravelly bellow; the effect is like witnessing somebody speak in tongues.

When guests do turn up, they’re well deployed: ‘Poetic Justice’ is Drake’s natural habitat, and Compton grandee MC Eiht lends an air of authenticity to ‘m.A.A.d City’. Dre makes a banner appearance at the tail end of the record, but, to complicate matters further, it’s evidently Lamar that’s written his verse – the apprentice ventriloquizing his master. There’s a V.S. Pritchett nugget about T.S. Eliot’s The Wasteland sounding like “a company of actors inside one suit, each twitting the others”. There’s not a suit in sight in Good Kid, m.A.A.d City, but Lamar has a similar knack for cross-character chatter. He do the police in different voices.

Good Kid, m.A.A.d City impresses with its diversity and scope, but it’s not just a record to admire: put simply, there’s an embarrassment of killer material here. Take the misty exotica of ‘Good Kid’, made essential by Lamar’s breathless flurry of syllables. ‘The Art Of Peer Pressure’, by contrast, showcases Lamar’s way with a judicious pause, spinning a technically dazzling bit of Slick Rick storytelling out of half-remembered fragments and non-sequiteurs. And can anyone think of a more ambiguous club banger than ‘Swimming Pools (Drank)’, which uses the idiom of bravura radio-rap to stress the sinister side of unchecked partying? It’s a wonderfully honest ‘drinking song’, managing to counterpoint a fist-pumping hook with bleary-eyed, sozzled, sinister middle eights.

One of the oddest things about Good Kid, m.A.A.d City is the fact that, whilst obviously an overabundant triumph, it actually feels like Lamar’s sold himself a little short. Listening to the seven minute Bildungsroman ‘Cartoon & Cereal’ (not featured on the LP), it’s clear Lamar has a genuinely avant-garde, legend-minting classic in him. Good Kid, m.A.A.d City might be a wide-ranging, far-reaching success, but one suspects it won’t be his best record. Considering he’s just given us the most impressive rap studio debut in a month of Sundays, that’s damned exciting. I’ll be first in line for the feature presentation.