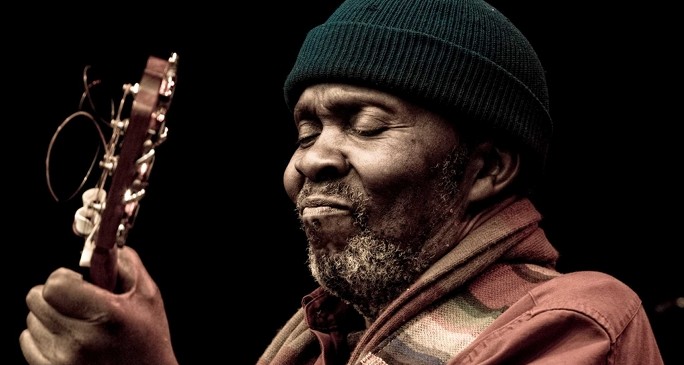 Music fans the world over were saddened by the news last night that guitarist and singer Terrence O. Callier, better known as Terry Callier, had departed the earth aged 67.

An underrated 70s folk artist who drew his inspiration from the blues, doo-wop, jazz and soul, Terry’s music reached a wider audience and touched a lot of hearts after he was rediscovered by the London rare groove scene of the early ’90s, by which point he had all but retired, hung up his guitar and gone back to the University Of Chicago to study computer programming. His records lay somewhere between the earthy blues-rock sound of Ritchie Havens and Bill Withers, the solemn, introspective song-writing of Nick Drake, and the stargazing cosmic soul of Andy Bey, but there was a rawness to his voice, an edge to it which defied these comparisons – a voice that in even in his later years, never lost that ability to hush crowds with a single cry.

Callier’s passing feels particularly poignant in London, amongst the patrons of a crate-digging fraternity that worked so hard to reignite his career and bring him back from obscurity.

To see Terry perform was a spine-tingling experience, and one that so many are lucky to have great memories of, due to his intensive and constant touring schedule. Equally, he will be missed by a generation of younger musicians and DJs that he embraced so fondly – Beth Orton, Massive Attack, and jungle/ hardcore pioneers 4Hero among many others, all of whom he collaborated with frequently. His passing feels particularly poignant in London, amongst the patrons of a crate-digging fraternity that worked so hard to reignite his career and bring him back from obscurity.

If you’re asking yourself where to start with Terry’s music after reading this, his landmark masterpiece remains What Colour Is Love, adorned with the beautiful string arrangements of Cadet Concept producer Charles Stepney, and one of the most stunning photographs to ever grace an album cover. A reflection on the nature of love’s boundaries, Terry projects his thoughts far beyond the limitations of earthly romance on the standout track ‘Dancing Girl’, above, with its tender opening lyric “I saw a dream last night / bright as a falling star”. Rest In Peace Terry Callier, and as his own words go, we’re all gonna miss our candyman.