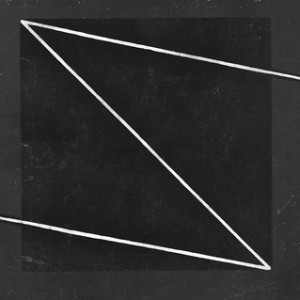 Released back in 2010, The Soft Moon attracted a lot of praise, and no wonder. Luis Vasquez’s debut took a lot of Things Critics Like – coldwave, shoegaze, krautrock, the more furtive corners of post-punk – and pulped them into a no-frills, low-fuss concentrate. Considering how little fat Vasquez’s music was already carrying, 2011’s Total Decay EP was, surprisingly, even more direct, characterized by hornet synths and tinny sonics.

In the interim, it’s arguable that The Soft Moon on disc have become secondary to The Soft Moon on stage. Expanded to a four-piece (with a dedicated bandmate on “projector” duty, no less), Vasquez and co administer an audiovisual harshing – a blitzkrieg of strobe lights, stuttering visuals and very, very, very loud noises. Again, Vasquez’s emphasis has been on toning down the subtlety, and upping the adrenaline.

Vasquez’s exercises in Gothic fission proceed apace on new LP Zeros, and the shedding of the faff continues. How have The Soft Moon elected to follow hard and fast? Simple: go harder and faster. Zeros builds on and develops everything that made that first full-length so exciting – but it also demonstrates how easily Vasquez’s sugar rush can turn into brainfreeze.

Compositionally, Zeros sticks fast to the template established by its predecessor, offering a supercharged creolization of alternative music c. 1978-1985. The big difference, through, is one of timbre. Where The Soft Moon was a one-man labour of love/hate, Zeros features proper studio production and engineering, courtesy of Swell’s Monte Vallier. As a result, the smudged edges of the first record have been replaced by a sharper, crisper sound. The changes aren’t especially radical, but they’re noticeable – and it frequently feels like Vasquez has nudged over a line he might have done better to shy away from.

The first album’s subtler gestures – the threat, the gloom, the ambiguity – are subbed out in favour of a succession of suckerpunches. Zeros‘ main sonic motif is a shrill, processed wail of feedback – a sort of Gothic equivalent to the acid house ‘hoover’, it totally overwhelms cuts like ‘Remember The Future’ and ‘Crush’. The Martin Hannett snare hits on ‘Insides’ are shatteringly loud; ‘Lost Years’, stuffed with precisely rendered detail, sounds cluttered. It’s all very exciting, but, compared to the groggy motorik of ‘Parallels’ or the muggy squall of ‘Circles’, it rings a touch hollow. There’s a sense throughout that Vasquez measures his success by how frequently he can needle his listener.

A touch crass, then. But, if you’re in the mood for hot thrills, Zeros is undoubtedly an invigorating experience. Chaotic slow build ‘Want’ is magnificent, full of odd textures and curious percussive flourishes. The title track, meanwhile, is four and a half minutes of nonstop ante-upping. Zeros should also be thoroughly applauded for maintaining momentum: the energy never flags, and the modest running time feels just right. And it’s worth emphasising again that Zeros is, ultimately, cut from the exact same dark-wash cloth as its predecessor – prepare to have the same buttons pushed with similar dexterity.

What with the black leather and the post-punky tics, it’s tempting to lump The Soft Moon with other notable Goth revivalists. Zeros, however, is a reminder that there’s oceans of black water between Vasquez and, say, Horrid Red or Lust For Youth. Ultimately, Zeros is what you might call “power pop” – a sensationalist exercise in force, excess and volume, albeit one sufficiently hooky and groovy to keep the casual listener interested. Forget the usual gloomy touchstones: Zeros shares a modus operandi with The Fat Of The Land, with My Beautiful Dark Twisted Fantasy – even (whisper it) with Scary Monsters And Nice Sprites. Despite the name, there’s nothing cosy or crepuscular about The Soft Moon c. 2012.