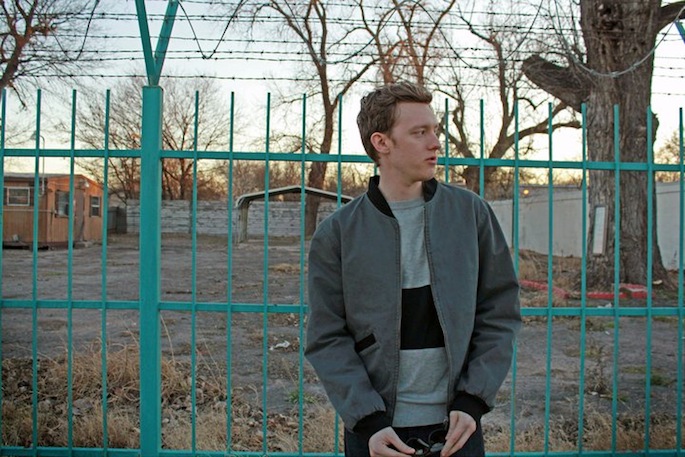 The Austin club futurist shares his new video and details the inspiration behind his latest EP.

Last month, we reported that Dubbel Dutch’s ‘Self Help Riddim’ was the first in a series of singles that will culminate with the release of the Self Help Riddims EP in 2013.

The slinky, mutated dancehall tune now has a video that approximates a cyberpunk approach to conspicuous consumption. Stills of high-end design, stock photos, and nature’s beauty mingle over a 3D rendering of tropical vacation destinations; there’s even an allusion to the market crash.

Watch the video below; ‘Self Help Riddim’ is out now via Mixpak. In addition, FACT spoke to Dubbel Dutch over email about Self Help Riddim, Rihanna’s SNL performance, and his current favorite tracks.

What were your inspirations and influences for the EP?

“Stylistically, the record draws on instrumental dancehall, melodic pop, prototypical grime, and U.S. club music. At some point I got really inspired by the idea that it’s possible to appreciate a riddim or instrumental on its own without vocals and wanted to make a record that bridged that gap. Mood-wise I’d say the tracks for the most part take on melodic, pretty, and almost therapeutic tones. The video single and artwork complement the tracks since both subtly explore themes of attraction, motivation, reflection, escapism, and personal growth.”

What was behind your decision to release the EP as a series of singles?

“That’s actually kind of an experiment. In today’s volatile music economy when an artist puts out a record fans quickly decide which track they like the best and might not always necessarily give the rest of an EP a chance. Hopefully, attempting to tease out the release in different ways will help keep people excited and will help keep things fun overall.”

I got really inspired by the idea that it’s possible to appreciate a riddim or instrumental on its own without vocals and wanted to make a record that bridged that gap.

The video shares a 3D animation style that we’ve seen from artists like Jam City and Fatima al-Qadiri. How did it come about? Were you surprised to see Rihanna performing in front of similar art on SNL this weekend?

“The video and cover art were produced by Kari Altmann who has actually worked with Fatima al-Qadiri and Jam City on some projects. I was looking to commission an artist for a video and Kari hit me up. We discussed some preliminary ideas and themes surrounding the track then she developed the concept and just ran with it.

“I actually wasn’t really all that surprised when I saw Rihanna’s performance – it was pretty cool to see her appropriating an aesthetic that friends and contemporaries of mine have been involved with in some way or another. I do feel that while her video may have plucked all the right motifs it was somewhat lacking in concept.”

The 12″ of remixes for Dutty Artz was a personal favorite last year. Any plans to release more remixes in a similar fashion?

“Haven’t thought about another physical release of remixes but Soundcloud followers should always expect to see regular remix goodies bubbling up.”

What songs have been making it into all of your sets recently?

“Lately, I’ve been stocking my sets with tons of my own original tracks and edits but three things I currently can’t live without are: Rizzla’s ‘Club Rez’ bootleg, BBMG’s ‘BBMG Anthem (Sam Tiba Remix)’, and Murlo’s ‘Quartz’.”