Quarter Turns over a Living Line 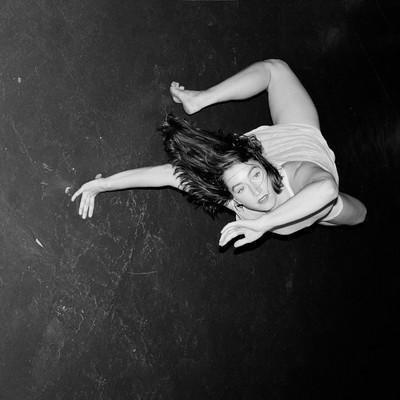 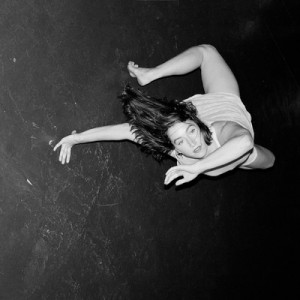 With its devastated, battleground aesthetic managing to convey any given time of conflict, Raime’s Quarter Turns Over A Living Line is an exercise in hardship, dragging out paucity of materials into a chiselled pictures of weariness and grim determination.

The record puts a focus on guitar drones and effects, strings, a wide range of extended percussion used sparingly, and subtle uses of feedback and electronic elements; a familiar aesthetic for followers of more drone-like music in general. However, their combination on this particular record place the results somewhere between Nick Cave’s soundtrack to his own Australian ‘Western’ The Proposition, the pulsing industrial minimalism of Transverse by Carter Tutti Void and the dusty, stoic Americana of Earth.

Opener ‘Passed Over Trail’ has all the sitar-like pedal tones, tight delays and modulated frequencies of guitars befitting a Vietnam epic, helicopter synth thrums sweeping back and forth through the wall of packed, overlapping gestures. ‘The Last Foundry’ mournfully blends a mixture of patiently sustained string harmonies and delayed, spinning woodblock chattering, soon punctuated by small, gritty explosions of a granular drum and slow whips of what could be transformed human breathing and bellowing.

‘Soil and Colts’ then enters with a sharp snare, a heavy-souled ticking of percussion, accent always on the one. Guitars twang and hiss, bowed whines build and add new layers of interaction, the track a gentle swell from sparse, to thick, to sparse.

‘The Walker In Blast and Bottle’ is a surprise, taking as it does something similar to the cowbell of a TR-808 for the descending three-chord melodic element at its core, as guitars chime and thunder like death knells below and around it, and higher, quiet shrieks, like eagles and scavenging birds, glide and swoop above.

‘Your Cast Will Tire’ is impeccably heavy, infinitesimally propelling a jangling, waspy spring-reverb guitar theme through a haze of rolling drones, harmonic string steps and funereal drums. The layers that build around the central motif turn the track into a giant block of moving stone, sand building up infront of its course, pushed to the point where the music gives up.

The patient solo harmonic plucking that heralds the beginning of ‘The Dimming of Road and Rights’ signals a definite dramatic climax. In some ways the track is reminiscent of a slow-motion ‘Ni Ten Ichi Ryu’ by Photek or even Burial in the way its percussive elements stack and nudge against each other in bursts. The overall effect of the track is arguably detracted from a little by this (a repeated sample of guitar and vocal distortion in particular), as the swelling string harmonies are so beautifully orchestrated that potentially they could benefit from only the smallest of embellishments. It is, however, the most instantly memorable inclusion on the album, which probably explains how it became the finale.

Where Transverse by Carter Tutti Void had quite the unravelling, floating quality to it, all of Raime’s floating elements in Quarter Turns Over A Living Line are heavily anchored, much like Earth’s Angels of Darkness albums. In terms of intent, it never fails, and the duo have ways of keeping structures fresh through punctuation of form.

There is something quite consciously crafted in the sound, however, that separates the album slightly from other music of the rather loose oeuvre that includes industrial and drone. It’s difficult to pinpoint, but is probably in the production, of a similar focus as The Haxan Cloak and Helm. Quarter Turns Over A Living Line is therefore an album that is both powerful in its execution of an idea, but also quite sure of its own modest signature.