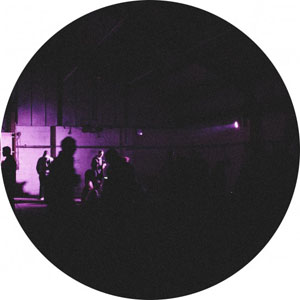 After springing up seemingly out of nowhere, Beneath’s rise to prominence has come from his heads-down, no nonsense take on funky with the ruggedness of dubstep. Quickly gathering support from Mosca and Dusk & Blackdown, among others, it’s no surprise that he has been recruited to the latter’s Keysound Recordings for Illusions, an EP that, despite its six tracks, actually spans the length of an LP across two discs.

After two EPs on his own label No Symbols, Beneath has created a record that is also more album-like in scope as well as duration, the previously sparse, lean dancefloor constructions now expanded through layers of melody and harmony.

Stylistically, all the tracks are house tempo, with syncopated skanking pushing their rhythms (although ‘Prangin’ is driven by a tech house-ish groove to its off-beats). Drum choices seem heavily inspired by DMZ, with violent snares, tough congas, bongos and other sampled percussion thumping and stabbing with no intention to sound as if played by a performer. Filtering is also often in an on-the-fly, EQ-fiddling manner, reaffirming that this is music born of both DJ culture and particularly the styles of the UK.

Melodies and hooks are for the most part very simple, though often unexpectedly – the low, three-note whistle / Theremin melody in the remix of Ballistiq Beats is so pointedly effective and complimentary it’s perfect. There are also constant moments of variation where these unravel in interesting ways:  ‘Wonz’ has a wandering horror vibe in its worried, high piano; meandering, dream-sequence reed instruments wind drunkenly in ‘Tribulations’; ‘Blonde and ‘Illusion’ come wrapped in clouds of windy, crystalline pads and chimes.

‘Illusion’’s slightly kitschy, Arabesque reed melody is an example of the kind of sound Beneath has taken while expanding his palette, a pairing of relatively cheap-sounding synth voices with a production atmosphere that is of a higher fidelity. This creates tension between the kind of accomplished, polished studio-crafted signature of Keysound artists, but with a Skream!-like ‘music tech course’ directness musically.

This is no bad thing, and it wouldn’t be surprising if this was one of the very reasons Keysound signed him up. There is something old school, quite jungle and dubstep about Beneath’s approach to everything. As a person, that attitude is conveyed through a low key presence, a commitment to using Transition dubplates when performing, travelling from Sheffield to London to get these cut, copies of his records in tow to flog to shops, all at the very beginnings of his twenties. In the music it is shown by that same focus that pervaded underground British dance music of the ’90s, and a penchant for tracks that sprawl over 6 to 8 minutes exploring layers intently.

At the moment, for the particular music he is producing Beneath seems very much a scene of one – and thus probably why so much of his sets are his own material – but Illusions will certainly continue to expand his fan base.