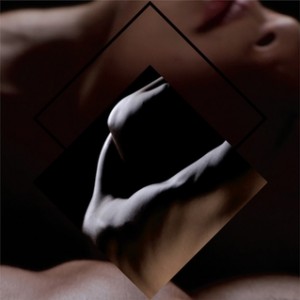 A composition degree seems to be a prized accessory in underground circles nowadays. RVNG INTL’s latest signing, Holly Herndon, is studying for a PHD at Stanford – although her MO is a far cry from the elaborate baroque constructions of CalArts graduate and labelmate Julia Holter. In fact, Herndon wears her training on her sleeve far more proudly than the majority of her learned contemporaries, many of whom consider it a fleeting biographical detail blown out of all proportion by lazy journalists (sorry). It’s a curious – but surely positive – quality of the musical landscape in late 2012 that a record with such unashamedly academic ambitions as Herndon’s is able to be judged on a level playing field with the broader sweep of music covered on sites such as this.

This is no accident, of course. The composer / producer has worked hard at achieving precisely this accessibility. As the fleshy cover art suggests, Movement is an album as concerned with bodies as it is machines. Specifically, Herndon’s obsession is with the human voice: the ways in which it can be freed from its corporeal shell through the emancipatory power of technology; or, conversely, the ways in which the intimidatingly abstract grammar of academic computer music can be made comprehensible through interaction with this most human of sound sources. The results have an instantly appealing drama to them: the audible subsumption of identity into the digital morass, a process familiar to anybody who spends the majority of their time glued to a computer screen these days.

Beyond this, Herndon echoes a number of her peers in combining her more experimental tendencies with the concerns of the dancefloor. Compared to the Lee Gambles of this world, though, the fusion on display here is far more overt. ‘Fade’ and ‘Movement’ are the album’s straight-up danceable numbers, the former propelled forward on crisp percussion and dreamy Detroit pads, the latter built around an agile, silken acid line. The sweep of these tracks is unashamedly grand – each is festooned with densely layered vocals, tier upon tier of percussion – but not all that much is done to assail the conventions of the genre. But that’s not to say that Movement is a lumpen collision of ‘dance’ and ‘non-dance’ where never the twain shall meet. In fact Herndon keeps tone and sound palette remarkably consistent throughout, with the two worlds reaching a detente in ‘Control And’, a surreal mosaic of pitched-down syllables, fluttering percussion and shadowy sung chords that begs for expansion beyond its two minute length.

Still, for all the artistry on display, Movement proves rather difficult to love. It’s fair to say that Herndon’s aesthetic – a sort of techno-utopianism centred on the laptop’s capacity for effortless feats of processing power – sets her against her peers, many of whom are more concerned with shackling themselves to arcane technologies, artificially aging their music or repurposing the cultural scree of the past. But as a result this record’s bright, clinical sheen sounds oddly dated. Take opener ‘Terminal’, which spends a good minute playing with swells of pure white noise: a sound whose neutrality may at one point have been radical but which is now all too familiar to anybody acquainted with chart pop of the past decade.

Even beyond their choice of sounds, Herndon’s more abstract productions are often accomplished but far from affecting – as in ‘Dilato’, whose portentous baritone meanderings sound thoroughly entrenched in a contemporary classical idiom that dates back decades. ‘Breathe’ – a six-minute whirlwind of inhalations and exhalations, atomised into clouds of particulate matter and subjected to wave after wave of processing – is in many ways the conceptual apex of the album, a theatrical melding of body and machine. But the results don’t amount to much more than a succession of dazzling effects, a problem common to the exploratory computer music coming out of academic institutions for years. Nobody’s denying Herndon’s ambition and technical chops, but the goals of this album – however successfully they might be achieved – are often unappealing; the sonic outcomes, regrettably, a little dull.