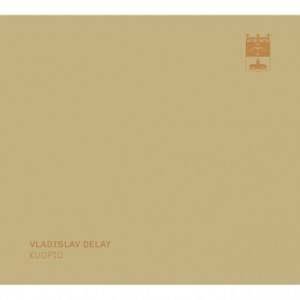 Sasu Ripatti has been making music a surprisingly long time. Itʼs been more than ten years since his first few albums as Vladislav Delay, largely ambient, glitchy, Basic Channel-influenced affairs. Since then, heʼs adopted a number of monikers, making experimental pop as Sistol, performing live jazz percussion in the Vladislav Delay Quartet and producing sleek vocal house as Luomo. Itʼs a bio that illustrates beautifully how to have a strong personal style without falling into creative stasis; for all its range, Ripattiʼs output all sounds ineffably like him. Each individual project, however, has its own hallmarks, and those specific to the Vladislav Delay project are given new lease of life in Kuopio, Ripattiʼs new album for Raster-Noton.

Kuopio is distinctly chilly. Thatʼs not to say itʼs aloof; rather, a natural cold wafts over these nine tracks, as if music left out overnight has developed a sheer coating of ice crystals. It’s a feature of his music that dates back to Demo(n) Tracks and even earlier, but here it’s more literal: Delay locates the record in Kuopio, the Finnish city of the albumʼs title. The kind of cold wind that you can see as well as hear blows over opener ʻVastaaʼ. Glacial pads swirl through almost every track, coupled in ʻHetkonenʼ with crunchy stabs that escalate and soften before everything segues into an esoteric groove. This too dissolves; weʼre left in weird ether animated by misty polyrhythms, wisps of field recordings and vaporous chords.

Where preceding EP Espoo was austerely minimal, Kuopio is much more painterly, each track a self-contained narrative that shifts in mood and tone almost imperceptibly. For all Ripattiʼs atmospheric manipulations, though – and they are acutely sensitive – itʼs his talent for percussion programming that shines. It really is second to none. In ʻOsottavaʼ, fat syncopated bass drums propel the track ever forward, joined by drum patterns fed through all manner of exquisite filters. Skittering clatters, liquid wobbles and scuzzy stabs max out altogether: all the clarity that the track opened with disintegrates into an intoxicating clamour, itself fading to a fluid, undulating bassline. The arcane organic polyrhythms and monumental synths of ʻAvanneʼ also ascend into a wonderful swarm, while ʻKelluteʼ morphs from foggy soundscape to bouncy stomper, inexplicably weaving about a number of different tempos and rhythms together.

ʻKulkeeʼ is Kuopio at its most vivid, yet the epic chords, dubby bassline and progressive rhythms are all too familiar. Still, itʼs nearly impossible to bore of Ripattiʼs complex percussive range. ‘Marsila”s woodblocks are fused with the kind of glitches weʼve heard in previous Delay works and an unusually funky groove into a rugged topography. At the weaker end, ʻHittoʼ at six minutes is the albumʼs second shortest track, and its repetition of the same crisp snare pattern for what seems like an eternity is stultifying after all the finely wrought, sculptural compositions that precede it. Kuopio ends with ʻKuuluukoʼ, an amelodic slow burner. The beauty, unsurprisingly, is in the beats: at first hard and precise, they gradually veer off-kilter, their organic thwack mutating into a liquid gurgle and those frosted synths trailing the album to a close. Itʼs powerful stuff, all the more so considering its finessed subtlety.

Even compared to the near-pretentious asceticism of Espoo, Kuopio is an exercise in restraint. Still, the overarching “portrait of a city” concept seems tenuous, if only because Vladislav Delayʼs elegant production doesnʼt need that premise. Similarly, that chilly wind blows through much of his previous music, and therefore doesnʼt relate to the albumʼs conceit as it would were it new. Though his range as an individual may be huge, Ripatti has a fairly defined set of parameters for his Vladislav Delay alias, and while a demonstrable knack for narrative composition gives the album much of its immersive power, Kuopio isnʼt a huge departure from the blueprint. It is, however, another interesting and accomplished phase in the career of an artist who never really disappoints.