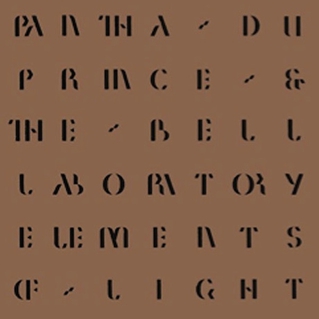 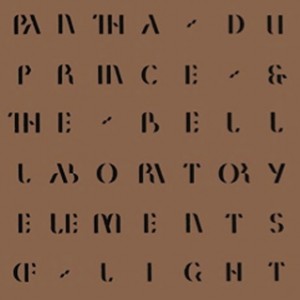 Hamburg’s Hendrik Weber – or, as we’ve known him since 2002, Pantha Du Prince – has a decent claim to being contemporary techno’s most committed stylist. His work is about as luxurious and meticulous as dance music gets; much in the same way that fellow Germans Kraftwerk printed white staves on black paper, you can imagine Weber scratching his scores straight onto gold leaf. He’s been putting out album-length exercises in controlled dazzle for just shy of a decade: 2004’s decorated, lightly jazzy Diamond Daze; 2007’s This Bliss, the acme of opulence; and 2010’s Black Noise, which tightened up the fine details and slopped on the varnish. Although the latter showed off the producer’s heightened technical prowess to great effect, there was a speck of grit amidst the gleam: Black Noise was noticeably short on surprises, suggeting that Weber’s method might be hardening into a formula. One got the sense that Weber could happily crank out these pretty little things out for decades – the Peter Carl Fabergé of minimal techno.

On paper, at least, Elements Of Light represents a break in the diamond-studded production line. The record is Weber’s first proper long-form composition, a five-part suite that creeps over the 40 minute mark. More pertinently, Elements Of Light sees Weber invite a cast of new players and instruments into his workshop. Norwegian percussion ensemble The Bell Laboratory (which includes members of Jaga Jazzist and the Oslo Philharmonic Orchestra) contribute marimba, xylophones, finger snaps and just about anything with a clapper. The biggest draw, though, is the presence of a carillon, a terrifying three tonne instrument-cum-installation featuring 50 bronze bells. To recap: Weber’s latest promises a shift in scale and scope, compounded by the unpredictable energies of collaboration. It’s telling, then, that Elements Of Light sounds remarkably like business as usual.

Oddly enough, Elements Of Light’s biggest point of departure – those bells, bells, bells, bells – serve to emphasize just how similar the LP is to its immediate predecessors. Rather than using the presence of The Bell Laboratory as a cue to experiment, Weber assimilates them wholesale into his signature sound. Bells, both synthetic and sampled, have been a crucial element – the crucial element – of Weber’s soundworld since This Bliss, and his ability to approximate the real thing on earlier releases makes the arrival of the real thing feel oddly redundant. Really, Elements Of Light could be plucked from any Weber release from the last five years; it’s longer, but it relies on pretty much exactly the same compositional tricks (‘Photon’ even features a cascading melody cribbed directly from Black Noise‘s ‘Stick To My Side)‘. In this sense, Elements Of Light is reminiscent of Joni Mitchell’s Travelogue, or, more recently, Mala In Cuba – an attempt to interpolate unlikely and/or anachronistic elements into a contemporary artist’s well-choreographed routine. The Bell Ensemble’s contributions are undeniably pretty, but they’re also a fairly cosmetic intervention, a Sufi throw hanging in a Magnet kitchen.

It’s also a genuine toss-up how far the new instrumentation helps or hinders Weber’s project. The armoury of bells often sounds absolutely ravishing, producing the same sort of lucent harmonics that made Swans’ My Father Will Guide Me Up A Rope To The Sky such a delight. Sometimes, though, Lars Petter Hagan’s arrangements are a little too prim for their own good: the ‘Particle’ movement suffers from the same sort of fussiness as Brandt Brauer Frick’s output, and things very occasionally venture into the same sort of naff crossover territory as Benji B’s recent string ensemble soundclash. It’s only at around the halfway mark, when Weber’s electronics noticeably take command over the live instrumentation, that the record really takes off. The overall effect reminds me a little of that whole The Hobbit 48fps debacle: Elements Of Light often stuns with its fineness of detail, but other times it feels overly stark, shorn of magic, in need of hazy edges.

If, then, Elements Of Light comes over a little like a missed trick, it’s worth stressing that the album is still a cracking listen. Weber’s many virtues are as obvious as ever: a melodic sensibility imported from indie pop; a compositional ear brought up on the Kompakt catalogue; and a knack for detail that sets him well apart from his peers. Album centrepiece ‘Spectral Split’, while not quite scraping the heights of ‘Asha’ or ‘Lay In A Shimmer’, is one of the most elegant and beguiling compositions he’s put his name to – Basic Channel as heard in half-lit grottos, in palaces of ice. Ring it from the rafters: Elements Of Light is a fine Pantha Du Prince record, and fares well when placed side-by-side with its predecessors. A few more LPs in the same vein, though, and Weber’s brand of prism play might begin to feel a little lightweight.