So Solid Crew return for first UK live show in 10 years, with Oxide & Neutrino and other former members in tow 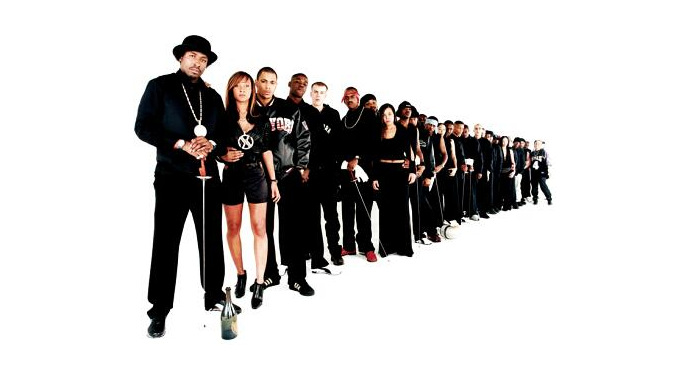 Garage crossover kings So Solid Crew will “reunite” for their first live show in over 10 years this March.

The adverts say “reunite”, anyway: the group behind hits like ’21 Seconds’ and ‘Oh No (Sentimental Things)’ actually released a new single, ‘Since You Went Away’ in 2010, though you’d have been forgiven for forgetting it – even if it was performed by the group on Big Brother’s Big Mouth (from TOTP to that, eh?)

This live reunion, however, promises appearances from classic So Solid members Oxide & Neutrino, MC Harvey and Asher D, as well as core trio Megaman, Romeo and Lisa Maffia (who featured on ‘Since You Went Away’), and takes place at London’s IndigO2 on Thursday March 21. Tickets go on sale this Friday, January 18, at 9am. Expect metal detectors and a lot of fun.

Everyone knows ’21 Seconds’, so stream Oxide & Neutrino’s ‘Shoot To Kill’ below instead.