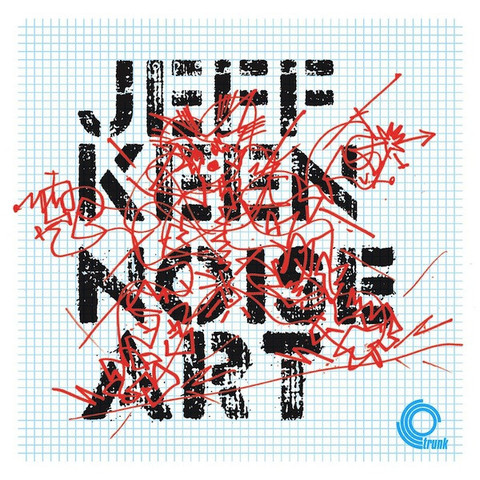 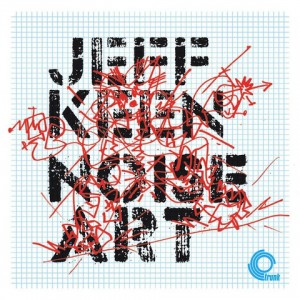 In some quarters, Jeff Keen’s death in June 2012 last year was met with the sort of light wistfulness that tends to accompany the passing of a Great British Eccentric. For many admirers, the filmmaker and multidisciplinary artist – whose work encompassed film, paintings, poetry, animation, sculpture and, more often than not, a giddy combination of all the above – was destined for the same cozy cloud as Edith Sitwell and Oliver Postgate.

Watching Marvo Movie (1967) or Rayday Film (1968-75), though, it’s striking how prescient Keen’s little films are: everything-all-of-the-time transmissions that neatly prefigure the internet’s inexhaustible stream of jumbled data. Take Marvo Movie: a welter of painted bodies, Disney icons, butchered dolls and shots of graveyards, presented with the wit of Andy Warhol and the attention span of Stan Brakhage. Five minutes with a vintage Keen film is like having a broadband cable plugged straight into your cerebral cortex.

Jonny Trunk, curator of the wonderful Trunk Records reissue label, shares many of Keen’s obsessions:  a thing for jingles (Barry Gray’s Stand By For Adverts); pervy impulses (the play-as-you-wank Flexi-Sex disc); and a fascination with hoarding long-forgotten bits of cultural bric-a-brac (the Fuzzy Felt Folk collection). It makes sense, then, that Trunk would take the lead in collecting and compiling the recordings produced by Keen to accompany his films. Harvested from 1975-95, Keen’s adventures in audio range from primitive tape loops through to homespun ZX Spectrum/Atari experiments. Trunk’s wager is that, after years of critical neglect, these sonic assays deserve to be admired as standalone entities. Noise Art, for the most part, proves his case.

At 39 minutes, Noise Art is a surprisingly brief primer – given that Keen was working almost constantly for 50 odd years, it’s a little like gazing at the Urubamba Valley through a pinhole camera. Still, the collection offers a rich, diverse survey of Keen’s (non-)music. The results range from short fragments of walkie-talkie buzz through to untidy loop-based compositions. Some (‘BlatzomFragzWhitenseWasp9’) are abrasive bits of sound-as-artillery; some (‘Artwar Light And Dark Show’) sound like Keen’s Dr. Gaz alias having his wicked way with a tape machine. On occasion, Keen’s works are even musical – ‘Rayday’, a lo-fi experiment in vocal phasing, brings Steve Reich’s ‘Come Out’ to mind. By and large, they don’t match the manic energy of Keen’s visual work (for a true sonic counterpart to Meatdaze or Mad Love, you’ll need to try John Oswald’s 1993 seizure-on-wax Plexure). But it’s still a diverse and diverting box of tricks.

On occasion, Noise Art is also surprisingly prescient. David Toop’s liner notes suggest that these sonic sketches should be understood as a spiritual precursor to both Throbbing Gristle and 1980s amateur synth-pop. There’s some truth in that: Keen’s films often feel like madcap histories, a century of ideas and events concertinaed into a few minutes of chaos, and the same goes for Noise Art. For a few moments, ‘Songs Of The Plasticator’ sounds like proto-acid. The stop-start, homemade ‘Artwar Noise Loop’, meanwhile, could easily crop up on a Hype Williams or Yong Yong record. ‘Atari Sounds 4 Trax Mix’, the angstiest thing here, has the same spastic quality as first-wave breakcore.  Nothing is as jaw-droppingly contemporary as, say, Raymond Scott’s ‘The Base-Line Generator’, but there are plenty of unlikely resonances to sound out (side note: in tone and method, Keen’s works are oddly reminiscent of Madlib – another musician with a hoarder’s mentality and a host of screwy alter-egos).

Noise Art‘s real breakthrough, though, is the way in which it illuminates Keen’s use of language in new ways. For all his visual exuberance, Keen’s broad project was always about subverting and short-circuiting language systems. His “blatzwurdz” cant – an informal dialect made up of short, sharp mumbo-jumbo – offers a linguistic counterpart to the images and sounds of war that crop up repeatedly in his work, approximating the rat-a-tat-tat of gunfire. Noise Art successfully showcases the ways in which Keen’s experiments with sound technologies afford him new ways of launching these “blatz attacks”. ‘Rayday’ liquidizes Keen’s words, turning them into a wave of burbling noise; on ‘Atari Sounds 4 Track Mix’, muttered syllables are used as percussion hits; and ‘BlatzomFragzWhitenseWasp6’ minces human voices through a broken radio receiver. In doing so, the disc cements Keen’s position as a linguistic as well as a visual operator, situated somewhere between conventional sound artists like Gregory Whitehead and more playful sorts of word-manglers (Stanley Unwin, or perhaps Lord Buckley).

Keen described his films as “expanded cinema”, works that sneak (well, streak) across enemy lines into all sorts of other realms of artistic practice. Noise Art continues the expansion process, casting Keen as an inventive, worthwhile soundmaker. It’s also a fine reminder that people gleefully dicking around with technology can be tremendous fun to listen to – Jar Moff’s frowzy collages and Future’s synthetic mulchsong being two contemporary examples. Last word, Jeff: “enter this art warzone, and the clues that are worth waiting for are yours”.