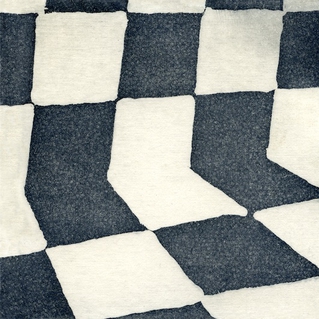 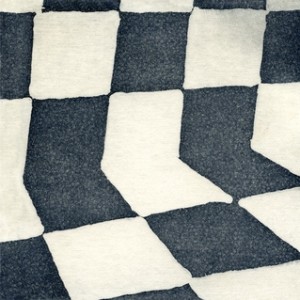 A new album by Matt Mondanile, a.k.a. Ducktails, is always a buzz-worthy bit of news. Having carved out quite a niche for himself away from his role as guitarist in Real Estate, his music began in the churning and submerged end of cassette-based ‘hypnagogic pop’ (apologies), but has increasingly focused over time. Two years on from Ducktails III: Arcade Dynamics, he now presents The Flower Lane, and the results are likely to be a little controversial.

Opening track ‘Ivy Covered House’ continues the same aesthetic of its predecessor’s ‘In The Swing’, all clean electric and acoustic guitars treated to trippy phasing, vocals nestled within the mix, a thicker fuzz guitar solo taking the lead mid-way through. Instantly notable, however, is the professional studio quality production, lacking the mixture of bedroom-captured boxiness and large reverberant rooms of previous recordings.

Indeed, it appears that Mondanile has other plans: perhaps Ducktails was in fact always limited by its recording environments, as opposed to consciously using these rough techniques and arrangements; or maybe Mondanile has simply felt it time to propel Ducktails from a side-project to a solo effort of more ‘serious’ standing. In any case, The Flower Lane unfolds more like Real Estate than Ducktails I, II and III – likely to be a crunch point for some fans.

However, what it does show off is a different set of song writing abilities; an apparent knack for a catchy sound, with some often-superb hooks among well-arranged, tightly structured pop songs. The new set-up doesn’t sound quite as accomplished as what Mondanile presumably has his sights set on yet, but where it does touch on it, it does so well.

‘Timothy Shy’ is a good example, infectious in its glam piano and fuzz guitar stomp, relaxed vocals and classy lilting strings. The short choruses are not quite as interesting, but definitely sound like they belong there, which highlights an additional interesting point about The Flower Lane – even when there is content that could be better, Mondanile’s natural song writing ability creates context enough to rescue them. So while ‘Planet Phrom’s clean guitar strumming is annoying and draining, somehow it makes complete sense, and ‘Under Cover’s slightly dirge-y verses are aptly offset by brilliant instrumental passages (plus a really welcome sax solo).

An extended ‘band’ palette of Clavinets and other keys means ‘Assistant Director’ reaches for squiggly synth zaps to emphasise its harmony. Featuring canny use of piano, live and keyboard female vocals, and even some West Coast boogie melodic whining, ‘Sedan Magic’ glows with all the vibe it was aiming at, a moon roof night drive anthem that feels much longer than its under-five-minute duration. ‘Letter Of Intent’ is the album highlight, its combination of male and female vocals, glittering arrangement and extensive use of synths sounding like The Isley Brothers writing for Sleigh Bells.

Finale ‘Academy Avenue’, however, revisits the sound of the opening two tracks, the vocals more prominent, left rough, almost drunk, and it is a good choice of album closer, not only for making things elliptical but for the unusual, restless, almost angry reflection on “a couple stroll[ing] hand in hand”. Hopefully this suggests that ‘old Ducktails’ will never be too far removed.

The Flower Lane is arguably not as essential, nor quite as oddly memorable as previous collected Ducktails instalments, but it does appear to be a new phase of the band. Even if this is the record that causes some to part ways with Mondanile’s music, should he continue in this vein, he has certainly started down a new route with a purposeful and admirable saunter. Kudos to him.