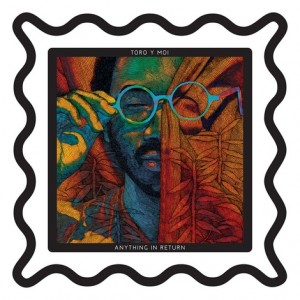 Chillwave is a little like punk when taken in the context of post-punk: a widely influential genre which, having served its purpose as a cultural catalyst met head on with its own artistic limitations, leaving others to carry the idea over into music of greater artistic merit. Over the last two years, shades of chillwave have been popping up everywhere, lining music as disparate as Main Attrakionz’ ‘cloup rap’ and Blondes prog-techno. As the genre’s most experimental practitioner, Bundick is more likely than most to defy the odds of survival, or at least make a stab at it. And stab he does, on Anything In Return. But try as he might to evolve, reinvent or re-contextualise, Bundick merely thrashes chillwave around within its own rigidly determined parameters. The vibe, the core message and the world presented remains identical. No matter how many genres he introduces in an effort to re-flavour (or simply flavour) the sound, and regardless of the newly high-mixed clarity of his voice, or what Bundick describes as a ‘poppier vibe’, Anything In Return only ever sounds like chillwave. Which is, of course, what chillwave sounded like over half a decade ago.

All Bundick’s best attempts at progression are made in Anything in Return‘s opening four tracks. Opener ‘Harm In Change’ borrows heavily from house, with a club-sized bassline and piano vamps riding on proper builds and proper drops, while Bundick himself plays male diva – buttressing the house beat with the type of silky turn native to SBTRKT’s music. Continuing in a similar vein, the funky house-informed ‘Say That’ is equally surprising: a Hed Kandi facsimile, complete with one-finger harmonic synths, dubwise bassline and a soul diva sample – a snippet which beat-syncs on the songtress’ wordless ecstasy. It’s pure Madchester. After that there’s ‘Rose Quartz’, conjuring a low bpm approximation of Balearic, and later on ‘Never Matter’, a nod to Holy Ghost’s Italo-house style.

These tracks are notable because, usually when American indie acts decide to go ‘clubby’, what they actually do is go dance-pop, disco or DFA. Here though, the aforementioned are dance tracks, hewed straight from dance culture, and moreover are functional to that end. And that it’s an artists so synonymous with chillwave who gets it right represents a big conceptual coup. Here is a genre given to ‘misremembering ‘ past pop music – retroactively imposing a shambling weirdness on a of genre, irrespective of the reality at the time. In other words – rewriting history. Ariel Pink’s era-mashing mutant-jazz, for example, never actually existed. So here Bundick plays it straight, and that’s great. Unfortunately, despite his best intentions the man himself remains very much a product of the c-word.

A sort of non-genre, chillwave relies entirely on re-action, in that it’s composed solely from the mimicking and/or subversion of other genres . The effect is a vaguely xeroxed feel to the music, and as Anything In Return illustrates, it’s hard to jettison that vibe even when you want to. These dance tracks, although well-observed, faithful and well-intended, are somehow off…if by mere millimetres. The same but not the same. Rather than dance music, it’s as if dance music is the newest host form, bodysnatchers-style. Despite the pacing, the tracks seem fuzzy-footed and like lost recordings from the era, which isn’t the same as sounding like modern productions homaging the era.

For the following nine tracks, as if clean out of Dutch courage, Bundick retreats into his comfort zone. Glimpses of innovation are peppered here and there: some James Blake-esque vocal-trickery on ‘Touch’, boom bap / drank-shifted vocals on ‘Cola’ and quasi-avant rhythms on ‘So Many Details’. But they’re mere drops in an ocean of self-conscious, regressively produced music.

‘Grown Up Calls’ is an amateurish slow jam, undercutting its own boudoir seductions with kiddie falsetto backing-vocals and willfully crap keyboard. ‘Day One’ also errs on the side of cheesy pastiche, with mellifluous vocals and cliched lyrics (“I’m gonna make you want me”). Compare ‘Day One’ to The Internet’s approach to lounge-funk: sexually complex, narrational and contemporary, not to mention free of that ageing haze of reverb. Then there’s ‘High Living’ – what sounds like the non-more-arch Phoenix playing one of their soft rock ballads. Badly. 42 years ago.

It’s evident Bundick is chillwave’s most accomplished song-writer; the golden-hued soul-beat of ‘Studies’ is particularly impressive. And despite the self-defeating artifice you sense he’s also the genre’s most sincere. Add to that the nifty technical nous he demonstrated on his debut and you’ve got all the makings of a killer pop artist. The problem is, despite his protestations Bundick never quite detaches from the sound here, and if he languishes there any longer he’s liable to go down with the ship.