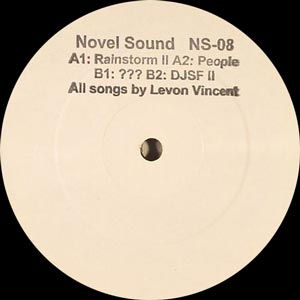 In an in-depth interview with The Quietus last year, New York house producer Levon Vincent discussed the relationship between his production mindset and the golden mean, the theory which privileges the median of two extremes. In its most simplistic and universal form the theory seeks beauty through harmony; the symmetry and balance of the parts, considered and weighted with rather than against one another, in order to create the most aesthetically pleasing whole. Vincent found a kinship with the golden mean whilst studying music theory in his mid-twenties, and saw its pursuit of beauty and value through proportion as a structuring principle to apply to his production technique.

This raises a dilemma though. To create work which is aesthetically harmonious in this way, while also aiming to have enough detail and flair to create a signature style, is conceptually problematic in an age where the limitlessness of technology means that pretty much any sound is possible and few styles can be absolute. Limitless fields, by their nature, don’t have extremes to balance out.

To his credit, Vincent puts his case across well on latest EP NS08, in that his style is as much about creating a particular palette of signature sounds as a form of self-restraint as it is balancing out external forces in the “limitlessness” of potential sounds. In the aforementioned conversation with The Quietus, Vincent claims that he’s internalised this self-restraint to the point where it’s become “instinctive”,  less about limiting himself and more about drawing more fully from his palette. This is what makes NS08 a lesson in knowing when to pull back from temptation towards extremities, and how restraint need not mean constraint.

The synth lines on ‘???’ show a real deftness of touch whilst remaining stern enough to maintain a robust and foreboding atmosphere, and the aggressive analogue style of ‘People’ feels very contemporary (Karenn, I’m looking at you here) whilst also steeped in a far older, tape-centric sound balanced out by its warm, rolling bass. The warm rushes of synth and hollow crashes of percussion on ‘DSFJ II’ punctuate its 4/4 signature and lift the pace nicely, but the real lesson in balance and harmony here is ‘Rainstorm II’, first heard on Vincent’s fabric.63 CD last year.

‘Rainstorm II’ is almost Phil Spector-esque in its simplicity and elegance. It’s one of those melodies you hear, can instantly sing back to yourself and then wonder how or why no one had come up with it until now. The satisfaction factor with NS08 is extremely high in this respect, because for Vincent, it’s all about the balance and restraint of knowing when a melody or key-change is enough to make a track memorable without being throwaway. A true craftsman at work.