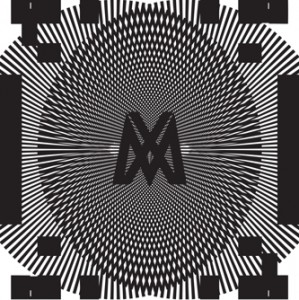 Werk Discs boss Actress once said that he attempts to make music that is timeless, and latest label addition Moiré, somewhat of a protégé in Actress’s thick, dark but emotive sound, appears to be doing the same. Now working in collaboration with Ninja Tune, Werk introduces Moiré via the four-track EP Never Sleep, a shadowy, confusion-referencing set of club tracks.

Opener ‘Lose It’, a collaborative effort between Moiré, Lessons and Heidi Vogel, is refreshing for its lack of familiar tropes practised by many contemporaries. Avoiding overt melody and harmony, the main musical elements are its thumping, overblown bass, resonating, itchy hi hat squeals and a subtle, jerking sub-melody that becomes apparent in breakdowns. Vogel’s guest vocals are a simple, single line delivered with husky reticence recurring only occasionally, its leading phrase ‘If I lose it’ cropping up more regularly to mark phrases. It’s a much wiser choice than attempting to create an entire song, fitting the eerie, slow, wild-eyed catwalk strut with a tense, Spartan effect. In some ways it draws parallels to Tronco Traxx’s vogue classic ‘Walk For Me’, although ‘Lose It’’s odd choice of phrasing and metre will require DJs to put in work to figure it out.

‘Drugs’ sets about with the determination of a serious bender. Its rhythm track harks back to Werk Discs’ Grim Dub days, a thick, bruising grime squarewave bass and a simple kick-clap beat, a washy hi-hat swishing in the offbeats. Yet a third of the way through its six minutes the moodiness is offset, sawtooth synth transforming through chorus and reverb into an organ-like harmony. The change it creates is noticeable, the darkness of the bass suddenly seeming more human and self-aware, the cloudy pad lifting the track into euphoria.

‘Into’ is a digital-only inclusion, and as such it is not quite as strong as the tracks that made it to the vinyl release. However, Moiré’s take on house is just as vibrantly ambitious and singular, a constantly writhing, foggy slew of keyboard vox around another fidgety beat, this time complimented by an alarm-like bell on the 1 and the 3, the result something like Washed Out meets Michael Jackson.

Finally, and as to be expected from a pioneer of this dazed, locked-in house sound, Actress’ remix of ‘Lose It’ is typically on-point. While bumping at a far more patient 121 bpm, it’s similar in many respects to his techno remix of Teengirl Fantasy’s ‘Motif’, bass taking centre stage, re-worked with extra bounce and squelch that lends it a ’90s air. The beat is tucked away behind layers of staple Actress phased hiss, squashed through sidechaining, a cloudy pad drone filling out the edges of the stereo field.

As an introduction, Never Sleep is a rock solid way to make a statement for a new artist. Moiré has set a strong opening gambit with plenty of exciting potential.