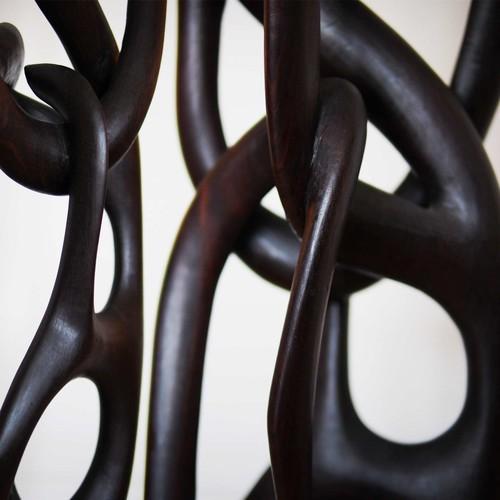 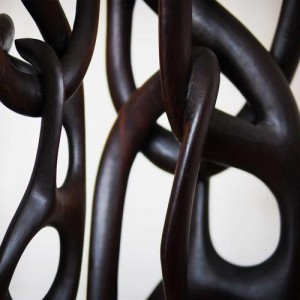 Available on: No Pain In Pop LP

Album backstories are normally little more than press release fodder, with the music best left to speak for itself. Karen Gwyerʼs is a heartwarming exception: “The months just before having my little boy were… loaded with anticipation, nerves and thrill. I went into overdrive recording, just trying to make something that measured up to the significance of the start of a new life. Or lives, actually.”

Her album for No Pain In Pop reflects the profound enormity of her situation but, crucially, stands perfectly well on its own as a strong full-length. Though it may have been made “under the looming deadline of childbirth”, Needs Continuum never feels harried, instead rippling slowly like superconcentrated syrup, its latent urgency harnessed by a uniquely maternal patience.

Rather than making straight club music, Gwyer assimilates house and techno tropes into oozy, hypnotic slow burners, as in album opener ʻSugar Totsʼ. African beats herald the action, joined by molasses-thick synths and glassy bells that chime finely somewhere in the distance. Similarly, on ʻPikki Kokkuʼ, steamy, diaphanous whispers and minimal drum patterns overlay molten synths and subtle low end. Thereʼs little resolution here; instead we have an internal lambency thatʼs warm and satisfying. Brushy hi-hats and melodic swells charge ʻNight Nailsʼ with a thrilling tension that Gwyer augments by waiting until the track is half done to bring in the propulsive kickdrums, the vocals added even later. Synth lines from the Oneohtrix Point Never school of emotive psychedelia form the centerpiece of ʻSome Of My Favourite Lotionsʼ, coupled with spare disco beats and shimmering surfaces that lend the track a Mars Polaris vibe. That enthrallment to science, or science fiction, continues in the less technoid ʻTrapezoidal Weeklyʼ, its infectious bassline and melodic phrasing testament to Gwyerʼs considerable pop nous.

The unctuous dance numbers are counterbalanced by reflective, largely beatless tracks. ʻWaukonʼ is symphonic and spacey to start, settling into a poignant, Global Communication-esque meditation with snatches of piano occasionally emerging from beneath the repeated melodic phrase. The looped vocal snippet, strings and slow pulses of ʻLentilʼ are pleasant enough but substanceless, like a post-rock-by-numbers interlude. But ʻJajja Uses Ancestral Spiritʼ is aqueous and bittersweet, and ʻPart Bʼ an affecting closer, its lush organs and chamber vocals bringing to mind both Gwyerʼs classical upbringing and the fragile compositions of her labelmate Halls.

Needs Continuum might not be hugely innovative, but a distinct individualism at work means itʼs far more than a mélange of styles, while the context of Gwyerʼs personal life makes its dual retrospection and progressiveness seem even more appropriate. Itʼs heartfelt and eclectic, yet avoids mawkishness and whimsicality, and though she wears her influences proudly – from house and techno to East African music, psychedelia and avant-garde – Gwyer focuses them through the prism of personal experience. The result is an intimate and beautiful record. Letʼs only hope that motherhood proves as inspiring.