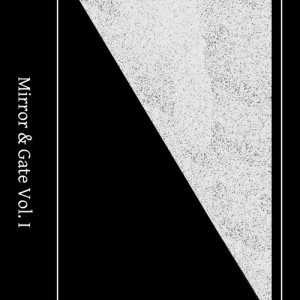 Mirror & Gate Vol. I is the first instalment in a new collaboration from the vaunted Opal Tapes imprint and Blowing Up The Workshop, a mix series run by Matthew Kent. The idea is simple: Kent and Opal Tapes’ Stephen Bishop each select an artist to contribute a side’s worth of music; the resultant tape serves as a fine record of the pair’s overlapping and complimentary tastes, as well as further documenting the fertile cassette scene in which both are heavily involved.

The inclusion of Prostitutes, a.k.a. James Donadio, here makes perfect sense: after all, the Cleveland-based Donadio produced one of the most striking missives to come out of the flourishing US noise-dance underground last year. The baleful techno abstractions of the Psychedelic Black LP sat neatly alongside the likes of Container – and, indeed, parts of the Opal Tapes catalogue – but Donadio’s constructions tended to be strikingly dry and precise, their impact uniquely clinical.

Fortunately, Donadio sticks to a similar toolbox here, with the exception of surprisingly blissful opener ‘Walk The Angry Sea’. ‘Holy Blessed Sacrament’ is bone-dry techno, its tinny drones sounding not unlike the antiseptic hum of hospital machinery. ‘An Extra Eye’ is stodgier, but those whirring sounds still climb to a brain-boring peak in the closing minute. Elsewhere, Donadio takes things murkier, and with less impact – charmingly titled side-closer ‘Reborn Maggot’, in particular, suffers from a relative lack of focus. Still, at their best, these tracks’ restraint is their strength, their prim, often four-square arrangements possessing a singular kind of intensity.

Bishop himself supplies a nicely contrasting B-side under his Basic House alias. As is typical of his output, this side is more emotionally direct than its counterpart, its expressive range wider – from the bright, slightly soured house of ‘Amateurism’ to the exquisite nocturnal drone of ‘Dull moon’, whose chirruping synth interjections sound like some kind of machinic birdsong. ‘The Four Times’ is similarly delicate, its layers of tremulous bell-tones gradually receding into a gorgeous reverbed haze, while ‘Etymology Of’ tackles industrial techno in the Andy Stott mould – but with an anarchic streak befitting of the cassette underground.

Bookending the side, ‘Davids Skull’ and ‘Occlude (Interlude)’ are overwhelmingly bilious noise collages: a bracing maximalism to compliment Donadio’s minimalism. Given the current rude health of the cassette underground, Mirror & Gate looks set to throw up plenty more such finely balanced diptychs.