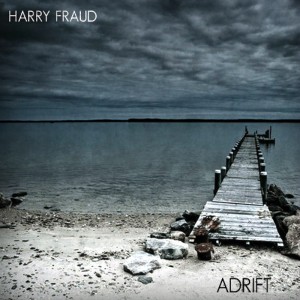 Chances are if you’ve been listening to rap over the last couple of years, you’ve heard that familiar, sultry Dominican bump “la musica de Harry Fraud”. That would be Brooklyn-born producer Harry Fraud’s unmistakable call sign and it has managed to elicit an almost Pavlovian response of late, signifying to most of us that the track we’re about to hear is going to be on the rewind very quickly.

French Montana’s ‘Shot Caller’, Main Attrakionz ‘Do It For The Bay’, Chinx Drugz’ ‘Coke Boys’; Fraud has had his hand in some of rap’s most hard-hitting recent underground breakouts, and Adrift is his chance to make his super-producer status a little more official. It’s no secret that unless you’re Clams Casino it can be an uphill struggle to drum up any interest at all for a hip-hop mixtape without rhymes, so it’s to Fraud’s credit that he’s managed to rope in an enviable lineup of heavy spitters. Sadly, this smart thinking also ends up as the record’s Achilles heel.

Fraud’s beats are a deft and unusually knowledgeable blend of the dusty soul-drenched NYC sound of the mid-to-late ’90s and the 808-heavy eardrum pounding weirdness of more recent years. It’s this modern ear that prevents his productions from falling into the realm of Pro Era-style golden age fetishism, and makes them that more crucial to the 2013 set. After all, we don’t want the same old beats recycled again and again, and repetition isn’t something that Fraud can easily be accused of. His collaborators, however, don’t seem to share Fraud’s enthusiasm for experimentation and study: the hit-and-miss Wiz Khalifa shows up twice and doesn’t do the producer any favours with either track, and Pittsburgh bore Mac Miller does very little with one of Fraud’s most effective and crucial beats on ‘Open Your Eyes’.

It’s not all bad news though; Danny Brown’s seemingly impromptu musings on the MTV rap popularity contest (in which he was unsurprisingly slighted) on ‘Hottest MC’ are a particular highlight. Brown’s nasal tone and urgent delivery matches well with Fraud’s psychedelic beat and the result ends up giving Brown a new lease of life as a modern-day Jim Morrison. Elsewhere Chinx Drugz’s ‘I’m A Coke Boy’ had already been established as being unfuckwithable despite the cavalier sample, and it shines as it drops mid-way through Adrift.

Overall it’s hard to fault Fraud’s ability as a producer; it’s more pertinent to call out his collaborators for just not working quite as hard to keep their heads above water. His ambition simply isn’t matched by, more often than not, raps that just go in one ear and out the other without leaving so much as a fingerprint. The result is more of a patchy compilation than a stone-cold killer of a mixtape, and it feels like an opportunity missed.