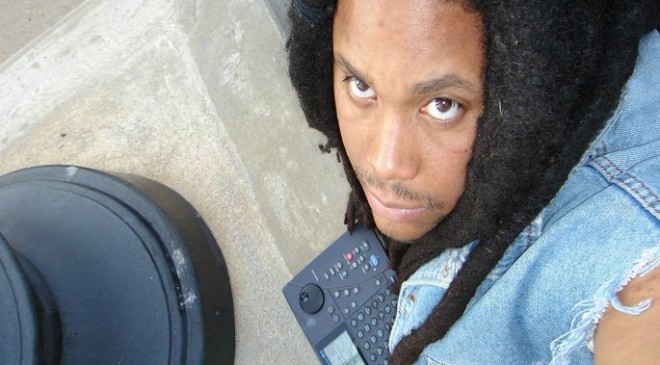 Jamal Moss – boss of Mathematics Recordings, and one of the most important figures in the current vogue for ultra lo-fi house and techno – is heading to Europe.

Moss has stacks of aliases – see The Sun God, IAMTHATIAM or I.B.M – but he’s mainly heralded for his scuffed, endlessly inventive work as Hieroglyphic Being.  Taking his cues from Ron Hardy, he’s a revelation behind the decks – spinning records backwards, allowing time signatures to concertina, tilting without warning from brutal techno to vintage soul.

Moss will play a host of dates across Europe, taking in stops in London, Manchester, Sheffield and Glasgow. Dates in Paris, Frankfurt and Heidelberg have also been confirmed.

For an insight into Moss’ unique style and talents, check out his 2012 FACT mix. [via Resident Advisor]