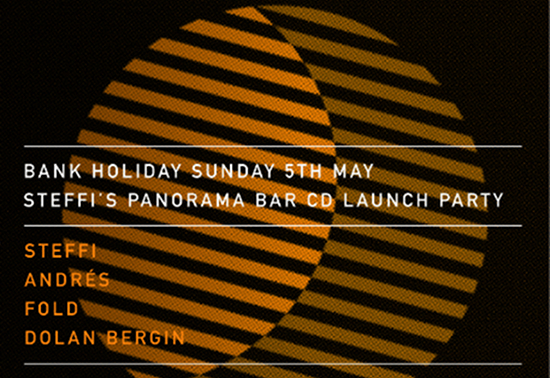 The Panorama Bar sound will touch down in London for Electric Minds’ Bank Holiday party on May 5.

With her Panorama Bar 05 mix CD for Ostgut Ton on the way, Steffi will be bringing her Chicago-facing House sound to these shores. Last heard working with Analogue Cops as Third Side, she’s about as safe a pair of hands as you can hope for; expect a highly contemporary selection of House and Techno from the Dolly boss.

She’ll be joined by the all-conquering Andrès – one-time Slum Village DJ, and current soulful house supremo. The Detroit native will be spinning funk, disco and house, in-between fending off requests for ‘New 4 U’. ManMakeMusic’s Fold and resident DJ Dolan Bergin will also appear.

Update: The night has now been merged with Bloc’s launch party for Cosmin’ TRG‘s new album on 50 Weapons, and will be relocated to the Autumn Street Studios in Hackney Wick. There is now no guestlist for the event due to the massively reduced capacity, so if you’re thinking of attending it’s probably worth grabbing a ticket immediately. 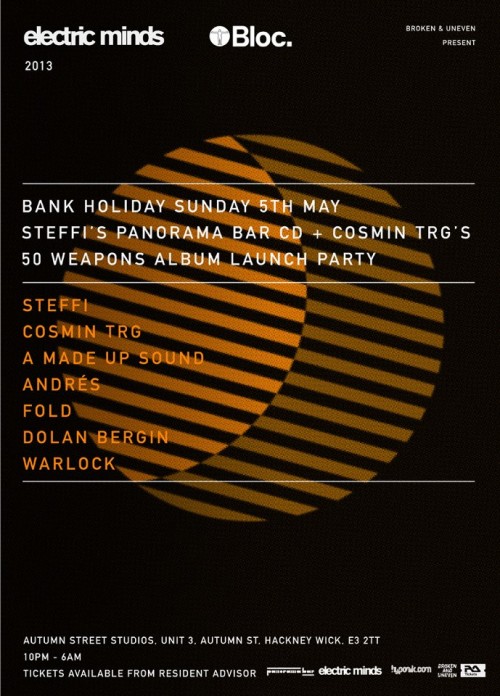