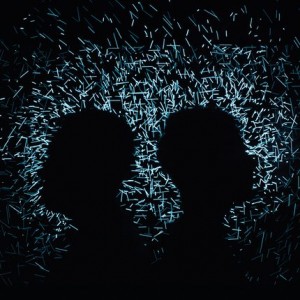 After an excellent mixtape for Andrew Meza’s BTS Radio series, two 12” for Alexander Nut’s Ho_Tep imprint and one EP for Ninja Tune, Wolverhampton duo Letherette’s sound has reached its slickest, most immediately rousing point with their debut LP, Letherette. Their spit-shine production style holds Daft Punk in high regard but after listening to Letherette in full, it feels as if they have hesitated in embracing the ‘no holds barred’ attitude that befits their more house-influenced work – both to their benefit and detriment. At its core it remains loyal to the boom-bap continuum of Dilla and Madlib’s legacies that made their EPs so rich and intriguing, but its sidesteps into the neon glare of French neo-disco house (think mid-2000s Institubes and Ed Banger) leave the album’s overall sentiment feeling a bit misguided; perhaps too willing to please many rather than delight a few.

‘After Dawn’, first single ‘D&T’ and ‘Restless’ introduce the album as learned studies in the legacy of Bangalter and de Homem-Christo, and are satisfying to the point of gluttony. Shimmering synths stream beneath fuzzy rumbles of percussion that sharpen and fade at rapid rhythmical intervals, all punctuated by snaps of falsetto-pitched vocals that gather and drip onto layers of prog guitar, fondly recalling electro’s affection for sampling ’70s radio rock classics. This “crank it and they will come” mindset is at its shiniest on ‘Warstones’, filling every inch of space with blinding light, but ultimately coming across as a bit sickly at points.

Elsewhere on the LP, it – mercifully – becomes clear that Letherette know how to balance themselves out. ‘I Always Wanted You Back’ testifies to the power of a string section in ways that hark to Madlib’s Beat Konducta series, ‘Cold Calm’ vibrates with chilly reverence to the Dilla legacy as skittish soul vocal samples, funk basslines and echoing rumbles of dub are truncated to keen, disciplined effect, and ‘Boosted’ is a confident cross-pollination of luscious, meditative hip-hop loops and searching jazz piano interludes. Ultimately, the album’s electro-house elements feel like comparative cheap thrills placed amongst the wealth of knowledge and craftsmanship elsewhere on the EP, which both fondly recalls Letherette’s BTS mixtape and vouches for the progression and confidence of the duo going forward.