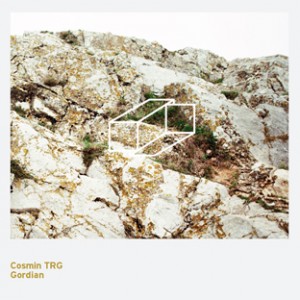 I’ve often considered Cosmin Nicolae to be of a piece with another of dubstep’s emigres, Martyn. Both are ex-pat Europeans who made their name plying a mongrel form of that style. Both subsequently abandoned dubstep in favour of a not-exactly-paradigm-shattering 4×4 idiom. It’s a migration that many have made since, but these two producers did it early on, and with particular finesse. Around the same time, Nicolae would prepend his forename onto his former dubstep alias (a tried and true method for announcing the arrival of your “mature” self) and migrate to Berlin from his native Bucharest.

Nicolae’s latter-day sound is a little indebted to the Berghain school, perhaps, and with a melodic sense drawn from vintage IDM. But really, as befits such a cosmopolitan figure, his music is rather placeless, or at least difficult to crowbar into this or that movement, scene or style. At the same time it is far from insurrectionary. This is a form of techno that is for the most part concerned with smaller details: subtleties of groove and texture, quietly luscious chord work, understated subversions of structural norms. Nicolae is no amateur, and he can do hard (‘Separat’), urbane (‘Lillasyster’), and plenty of gradations in between. But rarely, if ever, will he stray beyond techno’s pre-inscribed notions of what these terms might mean.

For all this, Nicolae’s music is certainly not without its charms. His debut LP, 2011’s Simulat, was a punchy, well balanced record, and a remarkably concise one, spanning a range of ideas and intensities in its 45 minute runtime. Perhaps by contrast, its followup comes with a certain amount of conceptual baggage. Gordian is titled in reference to the unpickable knot cut in half by Alexander the Great – that perennial metaphor for an intractable problem that can only be solved with a healthy dose of lateral thinking. For Nicolae, the myth has a particular present-day resonance. It symbolises, as he explains in the press release, “the very contemporary, impossible task of discerning between real and replicated, authentic and contrived. Coping with facts, objects and bodies, the necessity of ‘making it’, fear of failure, fear of ‘not being happy’…”. We might expect, then, a record of struggle, discord, irresolution. What we get is little less exciting. Gordian is a thoughtful album, and a noticeable progression from its predecessor. But it’s not exactly a revolution in style.

Which, as before, is not to denigrate this record. There is plenty here worth giving the time of day. The bright, soft-edged synth tones that were one of Simulat’s primary charms return in ‘New Structures For Loving’ and ‘Divided By Design’, both subdued but festooned with clever detail. Darker climes are explored successfully too, as in the warehouse stylings of ‘Semipresent’, or the baleful, sub-heavy swing of ‘Noise Code’. At points Nicolae is derailed by his need for melodic focus – ‘Desire Is Sovereign’, in particular, takes a slightly schlocky turn for the euphoric. But the producer has a few surprises up his sleeve too, as demonstrated by ‘Epsilon, Epsilon’, an intriguing interlude built around a stumbling, soft-focus pulse.

As with Simulat, this album’s strength lies largely in its concision. Nicolae displays an admirable knack for cutting to the chase, DJ-friendly repetition be damned. As a result, many of these tracks may be rather difficult to work into a set; an odd state of affairs given that their subtle narratives, typically framed by a stolid kickdrum and measured sheets of hi-hats, seemed primed for the visceral absorption of club listening. But it’s clear that Nicolae sees his loyalties as lying, first and foremost, with the LP format. And although Gordian, as an album, doesn’t quite stun, the producer’s sensitivity to the form makes it a far more convincing prospect than most.