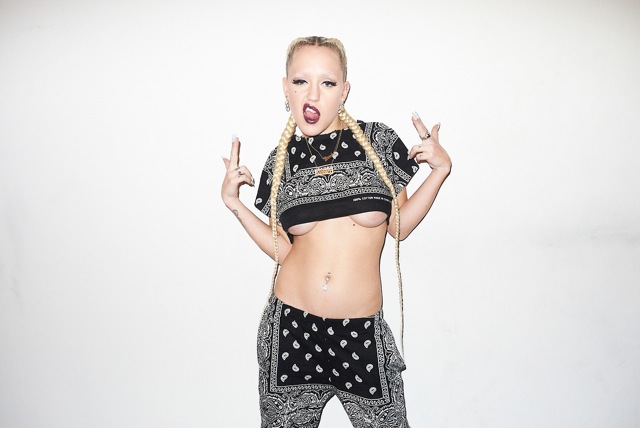 Those of you who’ve watched Grimes’ video for ‘Genesis’ will be familiar with Candy: she was the one with the pink dreads and armour. As well as collaborating with Grimes, she’s appeared on Charli XCX’s recent album True Romance and worked with Kreayshawn. Think Lil Kim gone fully internet age with drugs references to match the sex-talk, and you’re half-way there.

Brooke has a new single, ‘Pussy Make the Rules’, due out in the coming weeks, and will be celebrating at the East London venue. For tickets and more information head here; Brooke is already confirmed to play The Great Escape and more this Summer.

You can watch the video for ‘I Wanna Fuck Right Now’ below.