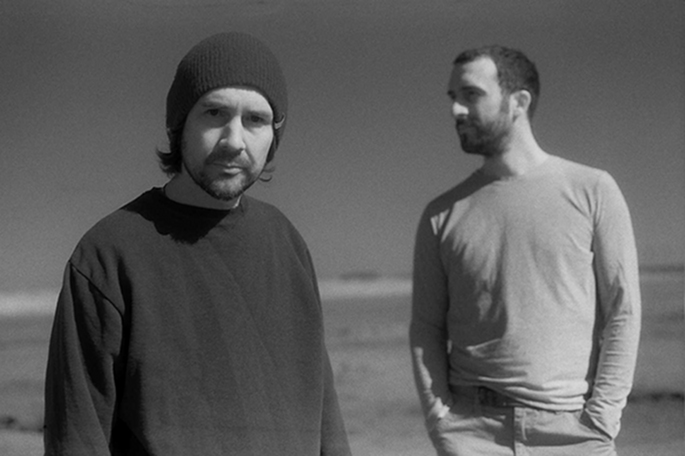 Head-To-Head: a new feature where we bring together two music writers with divergent opinions to duke it out over a topic of note.

Last month, two writers – one a fan, one a skeptic – bumped heads over Tyler, The Creator’s divisive Wolf. This time around, Boards Of Canada’s labyrinthine campaign for new album Tomorrow’s Harvest is up for discussion, courtesy of  John Twells and Joseph Morpurgo:

John Twells: Don’t get me wrong here, I’m a fan. When Music Has The Right To Children dropped back in 1998, it changed the way I considered instrumental music and made me go about my own productions in a different way. Still, I’m not the sort of listener who’s prepared to give anyone a free pass and when it comes to this recent promotional campaign, it’s simply too damn much.

My reaction to the first record was one of genuine surprise; this was a smart move, and had me instantly thinking “damn, why couldn’t I have been at Other Music that day?”. Then I heard the YouTube of the ‘music’ and the mystery started: what could have been so similar to DJ Shadow’s promotional campaign for ‘Def Surround Us’ (where he slotted advance copies of the 12” into various stores) was suddenly something totally different, so much so that it almost felt new. The musical snippet was classic Boards of Canada, but also managed to sound something like a jingle, and the robotic number-station code ended up sounding something like the ‘transmissions from the future’ in John Carpenter’s creepy Prince of Darkness.

So far, so successful, then. But with anything new, anything mysterious, there’s a limit to people’s patience and there just has to be a pay-off. After starting strong, and branching into all kinds of media (radio play? Brilliant) the whole thing very sharply careered into monotony and each new announcement was greeted with more of an “Isn’t this over yet?” than a “Wow, what could this be?”. It was obvious the brothers Sandison were teasing an album, and all I ended up thinking was that there’d better be some damn good freebies at the end of the slog. Basically we were reading the same news story six times with nothing to show for it – is there really anyone who’s going to tell me that’s creative or interesting? These days you get free mixtapes week after week that eclipse most artists’ ‘proper’ records, so after days of sorting through codes, attempting passwords and reading through ‘theories’, the least we could get is a couple of tunes, right? Wrong – over a week later and we’ve got a passable enough moody bit of ambience that sounds like album filler. Really, is that it?

Joseph Morpurgo: I’d firmly disagree that the campaign puttered to a halt midway through: each subsequent step upped the ante or added a neat twist. Take the down-the-rabbit-hole YouTube trail, the first point in the campaign where fans went from being witnesses to active sleuths; the wonderfully intricate Easter Egg hidden in the Twoism message board, which showed both ingenuity and a charming respect for hardcore fans; those cryptic projections, which dragged the campaign out of the virtual sphere into public space; and the Adult Swim video, a grin-inducing final twist. If the narrative did occasionally sag, it was only due to press outlets honing on in on the wrong details, or having to jumble and unjumble misdrawn chronologies. Taken as a six-step programme, the campaign was a textbook exercise in stakes-raising – lessons well learned from Seven or Riven. BoC have spent the last fortnight putting the tease back in ‘teaser’ – and isn’t that enough?

I think your use of the word “slog” says it all, really: maybe for jaded journos tiring of writing recap after recap, but for just about everyone else who care about the band, the Tomorrow’s Harvest riddle was a delight – a rare example of, for once, a marketing department engaging in some actual blue (turquoise?) sky thinking. I’ll concede that timing might have worked against the campaign a little: given the remarkable number of surprise comebacks we’ve weathered in the last five months, we could find out tomorrow that The Smiths were reuniting with Tupac subbing for Mike Joyce and we’d only be mildly surprised. Still: full details of the first album in eight years from one of the most feverishly worshipped acts in modern electronic music? I think that’s a pay-off anyone with an interest could be more than satisfied with. It takes a particularly noxious brand of cynicism to slow-clap a genuinely creative campaign because we didn’t get a freebie mp3 at the end of it. 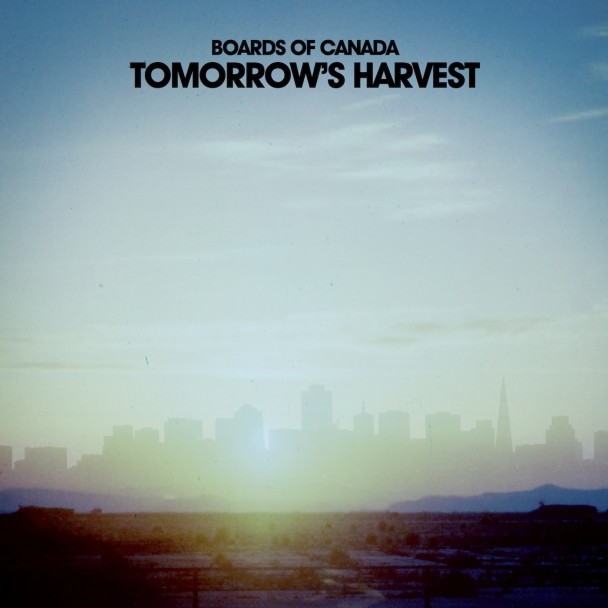 JT: Each subsequent step upped the ante? I don’t think so. Sure the sneaky radio play was fun, but what’s more awesome than a hidden record – a record that incidentally is now being sold for close to five grand (and still going up)? Their opening move was great, but each subsequent drop dimmed the light a little more until the flaccid fizzle and dull pop that was the announcement itself

You raise a good point that as a supposedly jaded journo I might be sick and tired simply of writing recaps, but I say this as a listener and more importantly a fan of the band. I’m not a fan, though, that’s willing to overlook their inadequacies simply because they’re ‘feverishly worshipped’ as you say. It’s not cynical to think that, after a week of consistent hype, something was actually going to come from it. We knew they had an album in the works, notorious super-fan Peter Serafinowicz teased it last year, and I’m a patient guy, I can wait. If you’re shoving this kind of shite in my face day after day, then I need some kind of payoff otherwise you’re actually just wasting my time.

I might simply be anti-hype on every level, but there’s something about Daft Punk’s campaign that I think had it nailed. It wasn’t as mysterious, for sure (and why would it be?), but they teased and eventually released a track that’s not only a grand return to the stage, it’s one of the best things they’ve ever done. Now if Boards of Canada had ramped up to a track that managed to beat out, say, ‘Nlogax’, then I might be singing a different tune, as it would have totally reframed the campaign. Sadly they didn’t, and we’re left with a cover, a tracklist and a few minutes of forgettable ambience – gee, thanks. If any other artist did this (save maybe Radiohead) internet forums the world over would rally together in a collective groan, but since Boards of Canada are some kind of universal musical sacred cow it’s something to cherish and admire. Bollocks.

JM: It’s a bit of a push to suggest that Peter Serafinowicz had the inside track on the album, given that he fell hook, line and sinker for FACT’s unwittingly prescient April Fool’s prank. Let’s be honest: until that first record turned up in Other Music, all we had was the occasional message board murmur and the word “yes” – nothing that actually told us a BoC album was even half-finished, let alone imminent.

I agree that Daft Punk’s inch-by-inch unveiling of ‘Get Lucky’ was clever and effective. But, between those fawning Collaborators video interviews and the patronising press chatter about putting the soul back in dance music, there was an icky whiff of hagiography about the whole thing too. The Boards Of Canada campaign, by contrast, didn’t come with any glib PR message. It got everyone’s brains whirring – but it never told you what to think.  I’d take that over Columbia’s Glavlit campaign any day (which, let’s not forget, was an aggressively revisionist one – you’d never think that Daft Punk’s last album was a load of cobblers, would you?).

Let’s move away from the particulars of what the BoC Wiki refers to (in pleasingly Conan Doyle-esque style) as the ‘Record Store Day Incident’. I’m a paid-up enthusiast, but I’m more than happy to spotlight the pair’s “inadequacies”: take a peep at my less-than-glowing appraisal of The Campfire Headphase in FACT’s The Essential…Boards Of Canada feature. Why was that album a disappointment? Because the band’s strongest assets – their Drexciyan anonymity, the techno-paranoia, the careful patterning, the traces of the occult beneath the soft surfaces – were inexplicably dialled down. Whatever Tomorrow’s Harvest actually sounds like, the pre-release campaign has brought those components – the things that make Boards Of Canada an exciting proposition – back into contention. Really, this was only nominally a PR drive: in reality, it was, like any good record, an artistic statement – a brilliantly executed elaboration of Boards Of Canada’s singular aesthetic. Sixtyten out of sixtyten.

Page 1 of 2
Tags: Boards Of CanadaHead-to-head