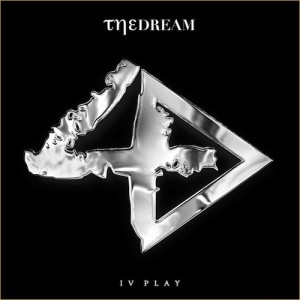 Let’s talk about the elephant in the room. Terius Nash is responsible for some of the biggest radio singles in recent memory and although he may not be as prolific as a Pharrell or a Timbaland, he is consistent. His hits function as breakthrough moments (Justin Bieber’s ‘Baby’), career turning points (Rihanna’s ‘Umbrella’) and even expand on stratospheric fame (Beyonce’s ‘Single Ladies’) yet solo radio success has largely evaded him: 2010’s remarkable Love King LP peaked at #4 on the Billboard 200 but failed to chart outside the US, and singles ‘Love King’ and ‘Make Up Bag’ at #92 and #33 respectively. This history of lacklustre commerciality could have been put down to poor label promotion or management decisions alone but on ‘Slow It Down’, the final track of IV Play, Nash addresses the issue with a characteristic doubling of flippancy and sincerity in a way that balances on the edge of endearing or alienating the listener.

With lyrics like “I know they ain’t gon’ play this on Top 40 radio / But the white girls still gon’ ride it like a rodeo”, “She back it up on me, DJ you know you wrong / Enough with the motherfucking dance songs” and “Always with you baby, I’ll never sell out / Them other niggas had to do a dance record or the label wouldn’t put ’em out”, it’s apparent that Nash feels both frustrated and defined by this emerging pattern. He’s lashing out at the industry as well as the fans themselves when he claims that his main concern is the respect of his immediate peers and not the critical or commercial reception of his work, and this casts a long shadow over IV Play. It feels as if the lack of stand-out hits on IV Play is a deliberate move to preserve his self-styled auteur position within an increasingly divergent R&B scene that has not only seen some stellar LPs emerge in the past year alone – such as Miguel’s Kaleidoscope Dream and Frank Ocean’s channel ORANGE – but LPs that have referenced Nash’s influence as well as enjoying hit singles and wider critical acclaim.

IV Play comes off as a bitter and conceptually convoluted response to contemporary R&B in this respect. It’s a digging in of the heels over any attempts to bridge the gap between punchy hit singles for others and the sweeping, pained storytelling of his LPs, yet doesn’t fully invest in his talent for craftsmanship by not having the kind of epic medley centrepiece that made Love King (‘Yamaha’ / ‘Nikki Pt. II’ / ‘Abyss’) and Love Vs Money (‘Take You Home 2 My Mama’ / ‘Love vs Money’ / ‘Love vs Money Pt 2’) so immersive and memorable. What IV Play does do, however, is revisit Nash’s usual tropes through a more varied sound palette that demonstrates a willingness to experiment and, at rare and glorious points, a raw sense of urgency fuelled by his bitterness.

For every elbows-to-the-wall jam like ‘High Art’ and ‘Turnt’ – on which Beyonce relishes in a moment of uncharacteristic explicitness with “Eat it up ’til I black out” and 2 Chainz goes a step further with “You so sexy shawty, I’d drink your bath water” – there’s the lingering sensuality of the talk box on ‘Too Early’, a revisiting of Nash’s tongue-in-cheek arrogance in comparing himself to Michael Jackson whilst recycling The Weeknd lyrics on ‘Michael’ and the intensity of falling in love with a beautiful stranger on ‘New Orleans’: “We don’t match but we perfectly fit.”

Perhaps the clearest and most innovative representation of where The-Dream stands with his relationship between the narrative building of his LPs, his hit-maker status and his take on the contemporary R&B sound is ‘Loving You / Crazy’, a track which could have easily been written for Timberlake yet has an edge to it that only Nash could bring, considering his tempestuous personal and public journey thus far. It’s a romantic invitation that descends into a desperate, borderline murderous plea that drives home perhaps IV Play‘s main point: The-Dream is the troubled genius of modern R&B and that, at this point, we can only expect him to do him.