Behind the Green Door 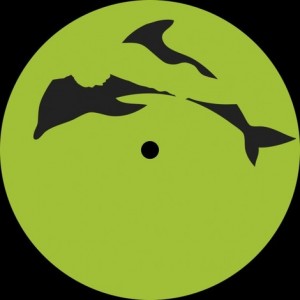 Whether they reference mind control programmes (‘MK Ultra’), particle physics (‘Supersymmetry’) or Philip K. Dick novels (King Felix, which she also adopted as an artist name), Laurel Halo’s titles reflect an ongoing engagement with themes of science and terror. Behind the Green Door continues that preoccupation, taking its title from I Could Tell You But Then You Would Have To Be Destroyed By Me, a book that explores the military-industrial complex via the emblems of patches sewn on military clothing. One of these patches bears a green door, a symbol for “an inaccessible place” that also gives the porn film Behind The Green Door its name. Both book and film are appropriate to the concerns of Halo’s new EP, as she invokes both the paranoia engendered by government secrecy and the sexuality that inheres in dance music.

Though these four instrumental tracks are far more percussive than a good deal of Halo’s previous work, they hover on the fringes of dance music proper. Superficially at least, ‘Throw’ is a piano house track, but the piano is strangely tuned and the chords have an oddly glassy timbre. They hint at a groove without wholly succumbing to it, so the track lacks much of the warmth associated with the genre and is instead knotty and tense. A subtle drum that sounds like a vinyl pop and the tinniest of snares give way to unpleasant, itchy pads and a kick and bassline throb that recalls nothing so much as the bleaker side of UK techno. The stony, spartan kicks of ‘Uhffo’ have an even more UK-centric outlook, but there’s little of techno’s predictability here. Instead, the beat wanders in and out and the whole mix is disorienting: snippets of smoky noise float to the top, and the snare and kick rub uncomfortably close with each other as strangled synth warbles emerge from the odd murk.

Equally uneasy is ‘Noyfb’ whose components feel as though they’ve been ripped out of other tracks and layered into this one, from the reprised glassy tones and decayed-sounding stabs to the brief thicket of noise at the track’s centre. The piercing, repeated note and the electronic squall that temporarily subsumes those galloping kicks reflect the aggro acronym of the track’s title. The EP highlight is closing track ‘Sexmission’, whose cascades of hi-hats recall Halo’s last 12 “, ‘Sunlight On The Faded’, here coupled with a grotty 4/4 beat instead of Halo’s vocal. The kick comes in sporadically; when it lifts, the hats compete with a vocal sample processed into an indecipherable whisper and layers of synths textured like rough burlap and a gurgling stream.

These four tracks may cry out for proper soundsystems and bear many of dance music’s hallmarks, but their lengths (they add up to nearly half an hour), discordant layering and meandering structures render them more suited to body listening than the dancefloor. Their occupation of the nebulous space between electronic music and dance music proper is mostly technical, but it’s also partly down to the record’s paranoid streak, a queasy disquiet that’s central to Halo’s entire catalogue, from Quarantine’s troubled ambience to the videogame-influenced vocal synthpop of the King Felix EP. Unlike its tightly coiled, sexual energy, the sense of unease that permeates Behind The Green Door’s is nothing new. It seems that whatever style she works in, Halo’s body of work is united by a complete disregard for comfort zones – both yours and hers.