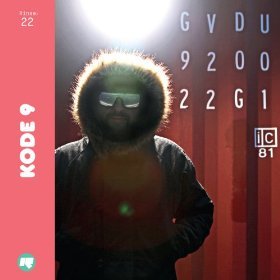 It’s a bit of a shock when you discover that once-innovators are as apt to fall prey to trends as anyone else. So it goes with Kode9’s new mix CD for pirate-turned-legit radio station and record label Rinse. Rinse 22 contains a bit of everything, opening with Burial’s ‘Truant’. It rises to a house tempo, through grime and funky and trap, and culminates in a final footwork third. There’s nothing wrong with variety, and credit to the DJ who pulls it off, but here Kode9’s giddying attempt to cover all bases over 37 tracks falls strangely flat.

Many of the tracks are excellent. Visionist’s ‘Something Old Something New’ is a stunning piece of atmospheric grime indebted to Burial’s urban melancholia, the martial snares a clever foil to the spectral vocal. Kuedo executes his marriage of trap beats and towering Vangelis-esque synths beautifully – the hi-hats on ‘Mirtazapine’ are as light and frothy as the beating wings of a hummingbird, punctuated by sharp bursts of percussive rolls and good meaty kicks. Terror Danjah and Champion’s ‘Stone Island’ is a strong slice of instrumental grime, Funkystepz’s ‘Vice Versa’ is an apposite reminder of Kode9’s importance to the evolution of UK funky, and though Joy O’s ‘BRTHDJTT!’ is by now an uninspired addition to any DJ set, at least it’s still a solid tune.

All of which makes Kode9’s penchant for landfill trance-trap perplexing. ‘Aurora’ by Cashmere Cat is a Rustie-lite synth-trap track that’s nevertheless vastly preferable to the real thing. Rustie’s ‘Triadzz’ mashes together irritating snare rolls, seasick synths and a bro-trance breakdown to uniquely excruciating effect. This isn’t dance music; it’s Project MKUltra with designer drugs. S-Type’s ‘Flyp City’ is the best of the three, allowing a modicum of space into the rushing sonics, but by this point in the mix the transition to footwork is more than welcome.

The final third includes two stellar RP Boo tracks and a couple of Kode9’s own productions. ‘Xingfu Lu’ in particular is a highlight that marries his individual brand of post-rave gloom with nimble drum patterns. However, he gives much of the footwork section over to DJ Rashad. You can’t fault Rashad’s production chops, but it seems a little unimaginative to include no fewer than seven of his tracks. Nevertheless, Kode9 handles the footwork section with an assurance missing from much of the rest of the mix, deftly skipping between complex rhythms and vocal samples – though as an aside, the “Damn son, where’d you find this” sample is inexcusable.

Elsewhere, Kode9’s slightly shambolic mixing style feels better suited to radio – particularly Rinse, with its history as a pirate station – than a mix CD. When ‘Truant’ lurches into Theo Parrish’s ‘Kites On Pluto’, which fades into ‘Pusher Taker’ by Morgan Zarate with little of the fluidity that makes mix CDs worth buying in the first place, you wonder what Goodman is trying to achieve. It’s a question that goes largely unanswered: most tracks clock in at under two minutes, with long blends that give some of the best tracks only half a chance. The Visionist track, at 59 seconds long, is a case in point. If the guiding purpose is to sustain interest, it’s only partly successful. While mix CDs don’t necessarily need to make a coherent statement of intent, Rinse 22’s many arbitrary meanderings make it feel curiously directionless.