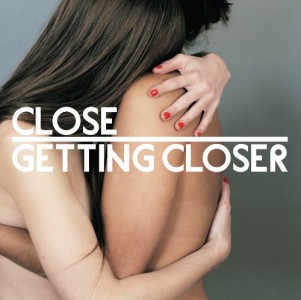 Will Saul has benefitted hugely from the UK’s recent turn to house music. His label Simple was a source of solid, if not always stunning, house throughout the noughties. But as the decade wore on, it seemed like Saul might find himself, like so many before him, the victim of changing tastes. Fortunately, he found a new lease of life through the generation of artists that emerged in the wake of dubstep and, largely through Simple’s sister label Aus, has ended up presiding over that scene’s steady migration into relatively straightforward house and techno.

It’s fair to say that Saul’s engagement with the UK house new school has always gravitated towards its more conservative elements – the guy’s no radical – but there’s no denying that Aus, and latterly Simple, have had their moments: Ramadanman and Appleblim’s ‘Void 23’, Joy O’s ‘The Shrew Would Have Cushioned The Blow’, October’s ‘String Theory’. Melody – of the melancholic but eminently digestible sort – has long been a unifying factor in Saul’s A&Ring. That carries across to his own production too, which, whilst absorbing the influence of his young signings to a degree, has largely cleaved to a not-hugely-adventurous house formula in recent years.

CLOSE, however, represents something of an overhauling of Saul’s production career. From the glossy website through which the project was announced to the high budget audiovisual live show that accompanies it, Getting Closer clearly aspires to mass consumption. This, obviously, is a far from unprecedented move in 2013. We live in the world of Bashmore’s sun-warmed lager anthems, Disclosure storming the charts, Scuba reinventing himself as a tech-house behemoth. British dance music is once again big business, and, while it seems cynical to assume that this was the sole motivation behind Getting Closer, it would be naive to think that Saul didn’t, at some point, make a few back-of-the-envelope calculations to bolster his resolve.

That said, this isn’t an album of summer festival bangers. Quite the opposite, in fact: these moody, often downtempo productions are clearly geared towards home listening. In a sense the stylistic co-ordinates of Getting Closer are contained in Saul’s 2005 debut, Space Between, which owed as much to glossy millennial chill-out as it did to house. But here Saul seems to be striving for a broader appeal, crossing the (admittedly thin) dividing line between underground electronica and fringe electronic pop.

When Saul does lean towards the dancefloor, it’s in an urbane, subdued manner. Ponderous UK house basslines and stiff, lifeless percussion predominate, and our man might want to consider twiddling the knob on his reverb unit away from “cultivated melancholy”. Take, for example, ‘Beam Me Up’: an odd choice of lead single, particularly given Peacefrog-signed Charlene Soraia’s listless vocal delivery. ‘OSCAR’, ‘Time Fades’ and disco-ish number ‘Cubizm’ are similarly limp, and leaning heavily on the sort of hackneyed moody atmospherics that wouldn’t sound amiss over a mid-noughties travel ad. Elsewhere Saul gives a series of slightly ill-judged hat tips to other sounds and styles: in particular, it’s difficult not to hear Burial in the windswept chords and light garage shuffle of ‘Future Love’, while the Tikiman-featuring ‘Born In A Rolling Barrel’ is (surprise surprise) a pretty rote Basic Channel clone.

But the real essence of this album is to be found in the moments when Saul leaves the dancefloor behind entirely, allowing his vocalists to lead the way. Soraia returns on the panoramic dub-pop of ‘I Died 1000 Times’; Fink’s folk-soul earnestness presides over gently syncopated UK bass-style percussion in ‘Wallflower’; Joe Dukie of Fat Freddie’s Drop contributes to the pungent cheese fondue that is ‘My Way’. In each case, these pop song-length tracks struggle to muster more than the most rudimentary of hooks, their heavily reverbed arrangements seemingly an attempt to conceal a basic lack of musical material. For all this record’s gesturing towards pop directness, it is sorely lacking in impact and in memorability. Saul is no Disclosure, in other words.

In fairness, some interesting production techniques seem to have gone into these tracks in places – the muffled atmospherics at the opening of ‘Wallfower’, for example, or the intriguing plucked-string figures that underpin ‘Time Fades’. But these moments of sonic flair are more than outnumbered by the cliches – something even a succession of respectable collaborators (most notably Bristol innovators October and Appleblim) can’t seem to remedy. Saul has described this record as “future soul”. One can only imagine that to him the future is a terrifyingly anodyne place, a coffee table dystopia where clear-skinned people sip Kenco from the comfort of their showroom-neat pleather sofas for all eternity; a place, in other words, where “soul” denotes something unobtrusive enough to play under dinner party conversation, but sad-sounding enough to imply profundity. As a warning against the horrors of this possible future, Getting Closer is both stark and timely. From almost any other angle it’s a remarkably difficult record to recommend.