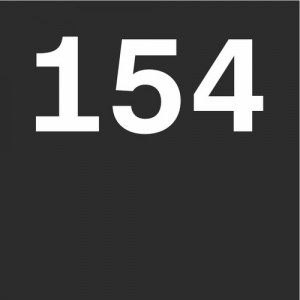 Continue reading if you like Raime, Carter Tutti Void, Demdike Stare, and similar: Shelley Parker’s latest EP has arrived on the inimitable and always fascinating Entr’acte.

Focusing on pulse-based musique concrete, and informed by interests in dance music and noise, Sleeper Line is an exploration of quiet industrialism, delivered at a glacial pace. It also has an intriguing concept that holds its elements together, its press release stating that ‘[the] components – manipulated found sounds – were recorded at various times and in various environments: Dungeness Power Station (2012), street recordings post-Notting Hill Carnival (2007), a prior live performance at the White Building in London (2012), and a cassette recording made in the cloakroom of the Metalheadz Sunday Sessions club night (1997).’

It is surprising how much this comes through, a palpable feeling of something happening behind the scenes, and a definite feeling of live performance. The EP could, in fact, be regarded as an excellent example of the final result being far more than simply the sum of its parts.

Although the samples will have been honed with great attention, Parker’s instrumentation is actually quite simple; a myriad of feedback-like gestures and textures, often joined by purer high- and sub-register sine tones and fragments of the original recordings, left unchanged as acousmatic objects. It’s a palette that will be familiar to anyone with even a passing interest in industrial or noise music, and that’s without even mentioning the record’s underpinning leitmotif  – samples as variations on a long-tailed 909 kick, used in every track to mark the beginning of a bar like a knell, be it harsh and in the fore, or submerged and at a distance.

However, unlike many of her contemporaries, Parker’s discipline is more comparable to that of a sound artist than a musician. With a refreshing absence of drones and freeform abstract parts, Sleeper Line’s five tracks dwell solely on gradually stacking layers and taking them away in simple but effective combinations – something I could imagine a contemporary classical percussionist working with sound doing.

Parker funnels her source material into rotational structures at an ominously slow 65bpm. Phrases are one or two bars in length, with parts emerging gradually from and receding into nothing. Detail comes from small changes, voices varying in duration and timbre, parts dropped out to create space, added in to create momentum. A gradual, ebbing and flowing form is used to focus in on these layers and their interactions, all elements merging into a revolving, doom-laden architectural breathing.

With all tracks flowing into each other effortlessly, new material growing consistently from each point reached by the end of the previous set, the EP is refreshingly engrossing, best experienced from start to finish. Parker’s methodical approach to structure of sound is both old school and welcome, with Sleeper Line a short, tense tour around some kind of sleeping giant.