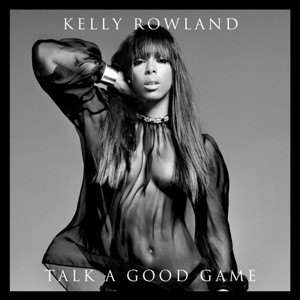 It’s been a standard story in the post-Destiny’s Child years that Kelly Rowland has some baggage but with Talk A Good Game, it turns out we didn’t know the half of it. Selling upwards of 25 million solo records still hasn’t quelled jokes about her career being a side note to Beyonce’s stratospheric success, and Rowland has repeatedly dismissed rumours of in-fighting as tabloid fodder. They’re the best of friends, sisters if you will, and to suggest otherwise is merely a callous attempt to drive a wedge between them. This is something at the very heart of Talk A Good Game and on lead single ‘Dirty Laundry’, Rowland addresses years of repressed suffering with stark honesty and self-awareness, and in turn shedding new light on an artist that, after nearly 20 years in the game, we still know remarkably little about.

The confessional element is on the one hand a standard R&B trope – tales of being head over heels in lust, unrequited love and the heartache born of it – but Rowland uses ‘Dirty Laundry’ to detail a violent relationship and how it reinforced a sense of inferiority initially born of a faltering solo career with a rawness largely absent from previous work. It’s hard not to take in a sharp breath to lyrics like: “Post Survivor, she on fire, who wanna hear my bullshit? / Meanwhile this nigga putting his hands on me” and “I was battered / He hittin’ the window like it was me, until it shattered / He pulled me out, he said “Don’t nobody love you but me / Not your momma not your daddy and especially not Bey / He turned me against my sister, I missed you.” In laying herself bare, Rowland is as much reflecting on pain and the path it took her down as her desire to reach out to Beyonce from the better place she’s on her way to.

As ‘Dirty Laundry’ closes Bey extend both hands out by introducing ‘You Changed’ with “Ladies, y’all wanna do it again?”, flipping this pain into a slowly forming peace within through a sort of grown woman reflection on solidarity-in-sisterhood jam ‘Emotions’. Over a decade on Kelly, Beyonce and Michelle still sound in good company, and ‘You Changed’ likely follows ‘Dirty Laundry’ as a way of quashing rumours of in-fighting as much as being symbolic of Rowland’s healing process. It’s an interesting doubling that bolsters the albums thematic core of making peace with the past and holding onto the promise of the new, yet also doesn’t make Talk A Good Game a heavy listen overall.

It’s a taut balancing act that is reflected back onto the production. Having worked with The-Dream, Pharrell, Mike Will Made It and Boi 1da amongst others, each with their own signature sound within the R&B sphere, it remains a very cohesive and easy-going listen. It doesn’t stray too far from a palette of restrained and steady percussion and twinkling key arrangements on the bridges and hooks, but there’s still surprises to keep things interesting. The line “Tell Obama about the street life / The recession eating me alive” on ‘Street Life’ comes out of nowhere: because Rowland’s storytelling is almost exclusively confined to romance, it doesn’t pack much of a contextual punch and sticks out awkwardly amongst the rest of the writing. Sonically, a highlight comes in ‘Down On Love’ when Boi 1da sample The Whispers’ ‘Rock Steady’ to glorious effect, turning it into the kind of sultry after hours jam that would be the envy of most female R&B singers working today.

These kind of surprises are minimal, but Talk A Good Game carries itself with the kind of relaxed poise that Rowland’s keen to show us in herself. Mike Will Made It executes super lush romantic R&B on ‘Kisses Down Low’; muffled hi hat crashes and light and loose MPC drum patterns giving plenty of breathing room for Rowland’s well-honed vocals to take centre stage on her most sexual track since 2011’s stellar ‘Motivation’. This is what stands out most on Talk A Good Game overall: Rowland is an excellent R&B singer who has, perhaps for too long, lingered in the shadow cast by Beyonce’s immediately recognisable, stadium-sized vocal range. Considering her career so far, this is super cool, contemporary grown-up R&B that shows just how far Rowland has come.