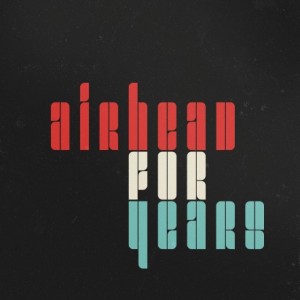 There really isn’t better context to set this review than the fact that Airhead is Rob McAndrews, James Blake’s guitarist. So it should come as no real surprise that what unfolds in For Years is something a bit like the missing step between Mount Kimbie’s debut and their latest offering for Warp; a singer-songwriter-like approach to the British electronic music rounded up by R&S during its London-based 2009 re-launch.

Having worked extensively with both the wunderkind and, more recently, Brian Eno, there was obvious potential for his first record to sound similar to these peers in many ways. For Years fulfils that, a similarly warm, semi-acoustic sound to Blake and Eno’s ‘Digital Lion’ spun out across an album.

Scattered, slightly musique concrète-ish beats, half-time rhythms, voice-led harmonies, deep reverbs, and ubiquitous cut-up vocal samples, often treated with a harmoniser, are all present and correct, but much thicker than dancefloor cuts. Fans of Blake, Fantastic Mr Fox and Nosaj Thing will no doubt love it, and to McAndrews’ credit, there is always something undeniably lovely and inspired in each track: the way the meandering falsetto of ‘Autumn’ falls into place around the three-minute mark; the strange shuffling in all of ‘Lightmeters’’ parts; the lilting, far-away guitar ‘strings’ of ‘Callow’.

Some of the most successful results are found in the dance-focused material, like ‘Pyramid Lake’ or ‘Fault Line’, with McAndrews showing a strong ability to create booming, room-sized rhythmic spaces and more of an individual voice than the rest of the record’s orchestration. However, its chosen production values do squash the drums below the punch of other contemporary dance music, such as a Night Slugs Club Constructions release.

I’ll readily admit that I have a particular set of tastes and, while I’m being as objective as I can, some of this may just be down to taste – if you like the modern UK production sound, the ‘neon’ synths, the airy vox, for instance. However, is seems to me that somewhere in the balance between intent, content and mastering, For Years has gone in several directions at once. The non-vocal James Blake collaboration ‘Knives’ serves to finish the album with some contrast in this respect, its parts more restrained and tense, allowing simple, lightly distorted sine tones to cut through eerie percussion and linger beyond the end of the album.

With this in mind, there’s one thing that I am sure both me and McAndrews agree on, and that is something he said himself; the realisation that music is ‘just manipulation of sound to evoke emotion’. He is absolutely right, and I think it’s why fellow guitarist and laptop musician Fennesz’s intuitive and exploratory Endless Summer keeps getting reissued. For Years is very well made, especially for a debut, and has a lot of emotion – but it also feels applied to an existing context, and one that has dated quickly. I think breaking away from that, and other, broader musical conventions as a whole, would ultimately elevate his craft.