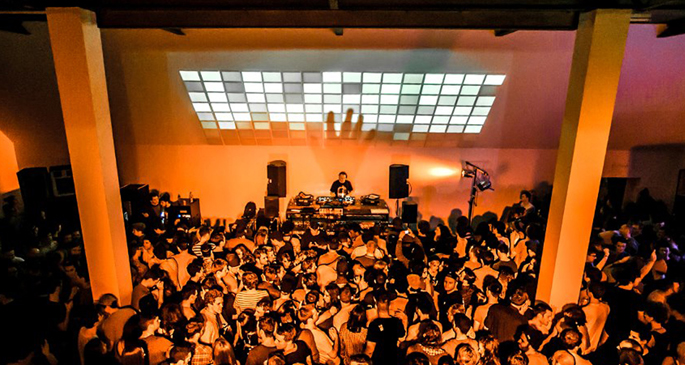 The Hydra unveils its many heads.

With The Hydra‘s massive launch weekend already announced, the full season of events has now been revealed, and as expected features some pretty jaw-dropping names. Many of the nights find The Hydra teaming up with labels, and by the looks of it they’ve managed to hand pick some of the best in Europe.

We’ve got a twenty year anniversary party from Cologne techno imprint Kompakt on October 25, an R&S thirtieth birthday on October 11, a Modern Love/Mutek team up organized by Bloc on November 2, an appearance from James Holden’s Border Community label on November 23, a Hyperdub takeover on November 30 and a Ninja Tune celebration of twenty-five years of Solid Steel on December 6, and this is only scratching the surface.

For a full list of events check the flyer below, and for more information and tickets for the launch weekend head here. 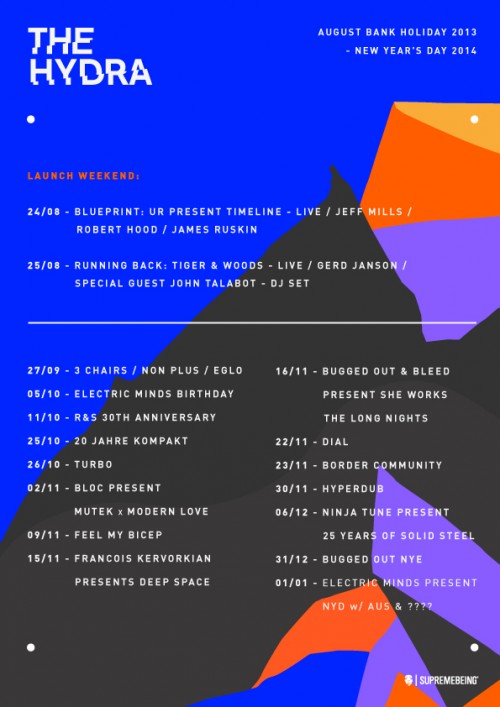