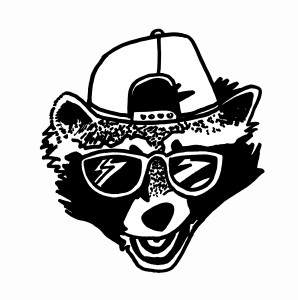 Any discussion of the US dance underground’s recent upsurge ought to include mention of Future Times. Since its foundation in 2008, the DC-based label has championed the likes of Protect-U, Steve Summers and Huerco S, alongside international sympathisers like Juju & Jordash and Hunee. As with L.I.E.S’ Ron Morelli, label co-founder Andrew Field-Pickering grew up with punk before detouring into dance forms. But where much L.I.E.S. output wears that influence on its sleeve, Future Times’ brand of easy chair esoterica is suffused with a blissful ease – a kind of infectious contentment that lands just the right side of kitsch.

Nowhere is this ethos displayed more convincingly than in the sunny, party-ready melange of vintage house, disco, hip-hop and boogie peddled by Beautiful Swimmers. The duo of Field-Pickering and Ari Goldman are probably as well known as DJs as they are producers, and their sparse output to date – just a trio of singles over the past half-decade – forms the backbone of this, their debut album. There’s 2009’s ‘Swimmers Groove’, a bombastic electro-disco number seemingly designed for sticky New York block parties in bygone summers; and the equally sunstruck dub-disco of 2010‘s ‘Big Coast’, which closes the album. Usually, an LP constructed around several-year-old tracks can be taken as evidence of terminal stagnation. But the Beautiful Swimmers sound – displaced in time without being straightforwardly, wheedlingly retro – is suitably intriguing to merit the repetition.

Granted, there are moments when the duo build on past successes only incrementally – ‘No!’, in particular, reads like a chunkier cousin of ‘Swimmers Groove’. But elsewhere they break new ground. ‘New Balance’ tips a nod to vintage Chicago house, though, with its flurries of claps, rubbery bassline and down-pitched speech, it could just as easily be Yello’s ‘Oh Yeah’ re-imagined for Bahamian beaches. ‘Dream Track’’s eery monologue, meanwhile, represents a rare moment of paranoia – though it’s quickly counteracted by the new age bliss-overload of ‘Gettysburg’.

The Beautiful Swimmers aesthetic is unashamedly retro in orientation, and many of these tracks sound like edits of forgotten classics – ‘Running Over’, with its silken marimba figures and fiddly synth bass, could be a distilled 80s chart hit; ditto ‘Easy On The Eyes’ and some incurably romantic Vandross-style slow jam. And while Goldman and Field-Pickering seem concerned more with luxuriating in their loops than developing them into song-like forms, there are only a few occasions when the results feel somewhat lacking (for example ‘Joyride’, an excellent piece of languid sample-led hip-hop, is screaming out for an MC).

Even so, the duo’s taste for stolid, four-square structuring might make these tracks a little over-extended for home listening. Compared to the music Field-Pickering produces solo as Maxmillian Dunbar (and there are certainly comparisons to be drawn with his recent House Of Woo LP), much of this album is sparser, less melodically rich, arguably less absorbing. But Son is best understood as the work of two seasoned DJs, its primary function to induce ripples of pleasure on a packed dancefloor. In that regard, at least, it’s a commendable success.