The End Of Silence 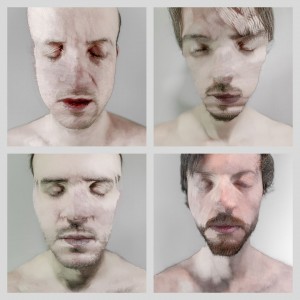 Matthew Herbert’s latest album The End Of Silence uses found sounds to realise a high concept. This fits into his larger body of work, but where before he’s documented domesticity in Around the House, the workings of the internal body (he recorded hair, skin and organs for Bodily Functions), or the life of an animal from farm to kitchen (One Pig), here he deploys the techniques outlined in his manifesto to make a shocking statement on political violence. Herbert uses one five-second audio recording of a pro-Gaddafi plane approaching and dropping a bomb on the northern Libyan town of Ra’s Lanuf, heralded by a brief and futile whistle and warning-cry, as the basis for The End Of Silence, an improvised record patchworked and sequenced into three parts

Thick webs of distortion emphasise the undiscriminating nature of the cacophony – and by extension, the attack – as Herbert and his band disintegrate the sample into small pieces that become the instruments of improvisation, the five-second recording extended into a piece of terrifying music. The explosion becomes a kickdrum that beats a ghastly tattoo, and it’s peppered with swoops fashioned from the warning whistle, weirdly jaunty melodic loops, and crashing waves of noise.

As if to emphasise the distance between the listening and recording environments and the trauma of the attack, recordings made by setting up mics outside the studio open ‘Part II’ with a familiar pastoral quietude, the only identifiable sound the occasional twittering of birdsong. After a blast of noise tears a hole in the near-silence, the quiet takes on a crushing portentousness, as the rumble of the bomber pierces it again and again. The fact that this is a truncated facsimile of the event it describes, just an aural fragment of truly unimaginable horror, makes the impact of the blast even more shocking. The sickening sound of unprocessed screams enters the final few seconds before silence falls, amplifying your own impotence. The End Of Silence closes with a little shower of beeps – the transmission of a message to the newsdesk? Those beeps underline how rolling 24-hour news coverage, rather than improving our understanding of war, desensitises us to its true horror.

The text accompanying the album quotes Herbert saying he “wanted to freeze history, press pause, wander around inside the sound”. Time is precisely the luxury not afforded the victims of the bomb, but by extending and manipulating this five-second recording, a tiny microcosm of what Libyans experienced on the March 11 2011, Herbert goes some way in closing the cognitive gap between the atrocity and our second-hand understanding of it. It’s fair to say that, from a purely musical point of view, this is far from Herbert’s best work, but that’s hardly the point; The End Of Silence aims to unseat us and provoke a more profound engagement with the events around us, and to that end it’s a success.