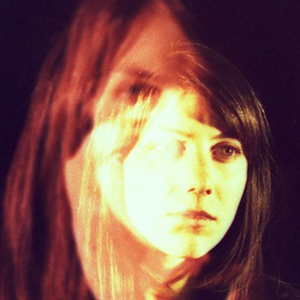 Loud City Song is Julia Holter’s third full-length release, but her first studio album. As such, it’s more ambitious in scale than Ekstasis and Tragedy, but no less cerebral, even as it turns away from those records’ erudite antique motifs to more contemporary themes. Gigi, a 1950s musical film about a courtesan in Paris, provides Loud City Song’s narrative, and present-day Los Angeles, the nucleus of bizarre celebrity culture, gives Holter her locale, title and a rich pool of emotions and images to draw on.

The allusions to both Gigi and the city are often explicit: Maxim’s is a café in the film where the titular character is spurned by Parisian high society, for example, and the “green fertile valleys” and sea of ‘In The Green Wild’ could belong to nowhere but Los Angeles. But the references are often subtler than that, drawing on emotion rather than specifics, such as feelings of tender love in ‘World’ (“Heaven with eyes bright green / Every day my eyes are older / I grow a bit closer to you”), and shame and vitriol in ‘Maxim’s II’: “Drink some blood / Say it to my face / If you want to be starting something.” On ‘Horns Surrounding Me’, Holter’s character runs breathlessly from the paparazzi, her  panic heightened by a cascade of cymbals that recalls nothing so much as a barrage of camera flashes.

Nor does Holter shy from exploiting the full emotional potential of her raw, honeyed soprano. Pregnant with yearning, her harmonies on ‘Hello Stranger’ and ‘He Is Running Through My Eyes’ are soft with reverb but never overwhelmed by it. Her voice is a terse shout in one line and a paranoid whisper the next on ‘Maxim’s I’, and ‘In The Green Wild’ is even more intense as Holter follows a melodious trill with surreal, breathy exclamations: “In the green wild I am gone / My hands, toes, shoulders – gone!” She doesn’t just sing; she does Gigi in different voices, and all of them are sublime.

The instrumentation and arrangements are equally exquisite, from the opening string-bass passage of ‘In The Green Wild’ to ‘Hello Stranger’’s clusters of cymbals and panoramic strings. There’s a jewel-like clarity to the songs, Holter and her co-producer Cole Marsden Greif-Neill finely balancing the weighty trombone of ‘This Is A True Heart’ with shiver of keys and silken harmonies, or sitting every twang of string noise of ‘City Appearing’ perfectly in the mix. Holter’s spoken extensively of John Cage’s effect on her development as a musician, and his influence is clear both in her attention to space and fantastic dynamic range on songs like ‘Maxim’s II’, whose buried piano and dampened vocal swell into a jazzy cacophony. But it’s in Holter’s use of field recordings that her Cage-like love for sound itself comes through strongest. A strange burnt-rubber squeal and clamour of disembodied voices give ‘This Is A True Heart’ an ominous edge, and the fleeting ballad ‘He Is Running Through My Eyes’ is almost painfully intimate, laying bare the sounds of the piano itself alongside Holter’s voice and keys. Don’t let the singular beauty of Loud City Song fool you. Holter may write stunning pop-tinged songs, but she’s an experimental artist through and through.