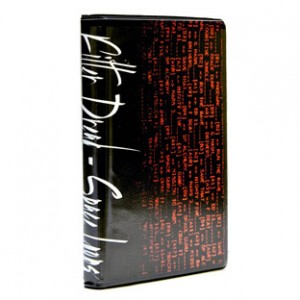 Available on: No Corner cassette

Following a mini-album on UK Trends and an EP on Visionist’s Lost Codes label, Filter Dread’s latest release comes on No Corner, the Bristol cassette label with a roster of Young Echo artists such as Kahn & Neek, Jabu and El Kid. More a beat tape than album proper, Space Loops is an unpolished collection of heat-warped grime instrumentals, subbass-swollen jungle jams, and fuddled interludes and snippets. It sounds like the product of sleepless nights that bleed into sunless days spent cloistered in a hot room hazy with weed smoke.

Over forty minutes, Filter Dread takes in a range of UK dance ephemera, from fogged piano chords to dusty drum breaks and dancehall vocal snippets, all weighted by powerful, dubwise low end. There’s a refreshing lack of narrative or linear progression as Dread skips through moods and tempos erratically, trying on beats and loops for size and casting them off as soon as he grows bored. He’ll land on a sound or loop and riff on it for a while, so that an innocent avian whistle swells into a bizarre cacophony of granular synths, glassy bells, bongos and birdsong. It builds momentum, whirls concentrically, and fades away as quickly as it began.

This kind of cassette album is directly descended from DIY jungle and rave tape packs, but sometimes it’s as if Dread is dodgily taping a pirate radio show, skipping stations until he comes across something he likes. Space Loops is so filled with lurching transitions that prang you out slightly that after a while transience is the only thing that’s certain. Misleadingly, plenty of the sketches seem to fall just short of proper songs, from the mucky hardcore jam that opens the first side to a classic eski track that’s all moody string passage and tremolo bassline. Yet both pieces disintegrate within less than a couple of minutes: the icy strings segue hurriedly into a timestretched ragga vocal sample and rolling drum break, which in turn fade infinitesimally into a track that’s little more than gritty drums and dread bassline.

There’s a fair amount of excellent instrumental grime being released these days, but outside radio there’s little that sounds spontaneous and raw. Of course, there’s nothing wrong with clean production, but there’s something refreshing about this tape’s roughness, its lines only roughly delineated and loosely half-filled. Filter Dread’s mélange of UK underground music may be a patchwork of mismatched vignettes instead of a unified whole, but that entropic, jumbled quality is exactly what makes Space Loops so compelling.