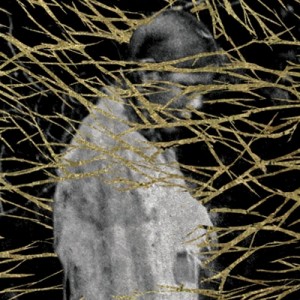 Forest Swords’ debut EP Dagger Paths was something of a revelation. Matthew Barnes drew on the melancholy of Burial, Grouper and DJ Screw, and forged it with dub, pop, R&B, techno and drone into a dense and evocative style that sounded quite unlike anything else. The text accompanying Engravings, his first album for Tri Angle, describes how Barnes took a break from music after Dagger Paths, returning to the Wirral to record and produce Engravings over a yearlong period. Though unintended, the gap between records has given Barnes’ sound space to mature and breathe. At first, Engravings seems disappointingly similar to the EP. But though it shares many of its stylistic touchstones, it’s more nuanced and fully realised, revealing new layers of delicate detail with every listen.

More so than ever, loss and decay are Barnes’ go-to themes, but the hypnagogic Caretaker-ish fog of Dagger Paths has cleared a little, and the resulting images are more distinct than before. With their craggy surfaces and jarring stop-start structures, the songs are like snatched vignettes of eerie and ancient landscapes, titles like ‘Irby Tremor’ and ‘Thor’s Stone’ referring specifically to Barnes’ Wirral home. Their heavily visual, tactile nature reminds me of Pale Ravine by Deaf Center, but where that album was misty and enigmatic, Engravings’ depth is earthier, as if its songs have been exhumed and bits of ancient mulch still cling to them.

Though heavily reverbed guitars still dominate, Barnes has widened his palette to include harpsichord on ‘The Weight of Gold’ and xylophone on ‘An Hour’, as well as keys, strings, samples, field recordings, percussion and voice. Album highlight ‘Onward’ is a knotty tapestry of bass drone, piano, strings and frothy noise, but ‘The Plumes’ is more spacious, its resonant guitar and piano figures circling one another ominously as a smeared vocal sample pokes through the murk. Mutations of the human voice are also more prominent on Engravings than ever before, most obviously on ‘Anneka’s Battle’, where guest singer Anneka’s prelinguistic moans bloom into silvery vocalisations over a minimal yet fleshy beat. Elsewhere, chopped choral loops and quivering key passages make ‘The Gathering’ one of Engravings’ more haunting moments, but ‘An Hour’ – the most R&B-sounding song here – is less successful, the vocal loop growing thin as the song wears on.

But the most significant shift from Dagger Paths is Barnes’ new emphasis on beats. Though there’s plenty of the haunted-forest percussion he does so well, proper kick drums also abound, lovely meaty things that give ‘Onward’, ‘Thor’s Stone’ and the closing track ‘Friend You Will Never Learn’ a sense of purpose and resolve even as they resonate with profound loss. Still, on the less drum-heavy songs, there’s little danger of the many elements coalescing into a middling soup, thanks to a thick artery of sludgy bass that anchors everything. Equally informed by dub and doom metal, it makes the already slow songs so funereally heavy you could play the record at 45 rpm and it would probably sound fine.

For all the uniqueness of Forest Swords’ sound, Engravings’ collision of pop with musique concrète, drone and hip-hop makes it an uncanny fit for Tri Angle, a label with an aesthetic somewhere between Wolf Eyes and Mariah Carey. Dagger Paths may have coincided with 2010’s fashions for sluggish tempos and allusions to the ancient and occult, but Engravings suggests that Barnes’ staying power has outlasted whatever witch house or chillwave subgenres he was initially lumped into. If Dagger Paths was a revelation, Engravings is a refinement, long to arrive but worth the wait.