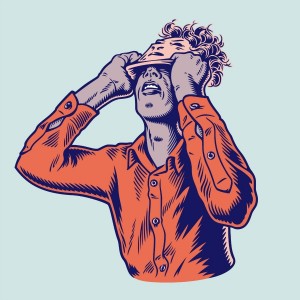 The genre you might call ‘home-listening house’ comes in for some serious abuse; a hangover, perhaps, from techno’s Villalobos backlash. Incorrigible monkeys that they are, as far as the dance purists are concerned the niche style is nothing short of dull, pretentious heresy – tepid Pitchfork-house made by fair-weather drylanders and avant-pseuds, and about as fun as a dick in a drawer.

It’s a tired old discourse in dance music – the dancefloor versus headphones debate – and particularly so in this case: much ado about what is essentially electronica, albeit an abnormally propulsive variety. But still they rage. To add fuel to the fire, the genre is amongst the fastest growing sectors in electronica; a knock-on effect of the popularisation of Berlin’s minimal techno scene and the success of indie-dance acts like Caribou, alongside the rise of the L.A beat scene, where the principles of instrumental hip-hop are being applied to techno. When you also factor in the upsurge in dance producers emerging from chillwave (Blondes, for example) as well as traffic from the other direction (former techno DJ John Talabot), rockist values and low BPMs seem almost ubiquitous.

A Berlin-born collaboration between Sascha Ring (Apparat) and Modeselektor’s Gernot Bronsert and Sebastian Szary, Moderat’s self-titled debut was, for some, a beloved cult gem. For the hardline boys, however, it represented everything that was wrong about the genre. Given the acts’ respective backgrounds, the end product was only to be expected. In Ring you had a veteran IDM DJ with a liking for introspection, who had collaborated with Ellen Allien on 2006’s joint effort Orchestra Of Bubbles, a decidedly indie strain of techno album. On the other side, you had Modeselektor: awkwardly leftfield glitch-merchants partial to the odd art gallery installation and notorious for their rock-leaning sets, and who since have collaborated with indie’s arch dance-dabbler, Thom Yorke. When it came time for the two acts to pair up, the effect was duly doubled. Dubbed cheekily techno’s favourite band, between the acoustic FX, live drums, non-danceable rhythms, meditative BPMs and touchy-feely tone (melancholic, wistful, human) – they offered the full gamut of half-house’s most maligned tropes.

Four years later comes the follow-up, II, and if anything, the trio’s second album is even more likely to raise heckles. First, there’s their increasingly rockist sensibility. Of the eight compositions here (it’s a shorter album than Moderat by almost half), all are songs as opposed to tracks, and the vocals tend to play a determining role, with many songs seemingly structured around Ring’s vocal performance after the fact. Second, II has nothing to do with underground music, and certainly not the Berlin underground. This is a bona fide pop album. Moreover, it sounds for all the world like ‘bass music’: polite, rounded, MOR and generic. Out goes Moderat’s teutonic sternness, in come cutesy rhythms and genteel sonics.

But the main difference this time around is that the naysayers’ chagrin is somewhat justified. Lasting 90 seconds, doleful opener ‘The Mark (Interlude)’ is presumably intended to work like a framing device – a rather lofty attempt to establish an album ‘narrative’ that’s telling of their artsy aspirations for II. ‘Bad Kingdom’, the first vocal-led track, begins with electro bass-stabs (SBTRKT comes to mind) before morphing into the kind of cloying post-rave pop that riddled the early ’90s (think The Beloved’s ‘Sweet Harmony’) – all leisurely breakbeats, church-y synths, angelic choirs and falsetto vocals. Meanwhile, running on a quasi-2-step beat and doused in filter textures, the instrumental ‘Versions’ takes its cues from the dreaded ‘future garage’.

The album’s middle suite sees their first foray into indie r’n’b. ‘Let The Light In’ is pure Jamie XX, with its voguish pitched-down vocals, calypso steel drums and lusciously melodic bassline (a recurring feature throughout the album). By the time the harmonising vocals strike up – cooed sweetly like a choir of paradisal tribal children – we are light years from Moderat, where regardless how romantic the tone, the music was rooted in Berlin’s stern, brutalist tradition.

‘Gita’, meanwhile, is a dead ringer for Junior Boys – all Moog-y squelch and spindly FX – only more sweeping, scaled up by the trio’s affection for grand vistas. Both tracks are pretty and affecting, and with ‘Gita’ in particular, the pop nous hinted at on their ear-worming debut is here fully realised. As for Apparat’s vocal performances, it’s remarkable that a producer has distinguished himself so convincingly front of house, with a voice that’s at once characterful, distinctive, generously expressive and genuinely moving.

However, finishing the album, ‘Damage Done’ and ‘This Time’ are a step too far away from dance culture, blurring the lines between emotive electronica and indie electronica’s worst aspects: the naturalism, the solipsism, the theme of loss. Static, rhythmless and blanketed with moody guitar feedback, ‘Damage Done’ is a straight-up torch song. Worse still are the lyrics, with lines like “I go out and stare at the sunlight, until the tears stain my eyes” evoking an air of precious angst. In the case of ‘This Time’, despite the rave-y pads and house synth-piano it closely resembles the dour autumnal instrumentals of folk-tronica. The pacing is tentative, the tone one of suppressed pain, and the FX custom-designed to denote ‘meaningfulness’ or emotional sensitivity – all rustic organ sounds and tinkling guitar notes.