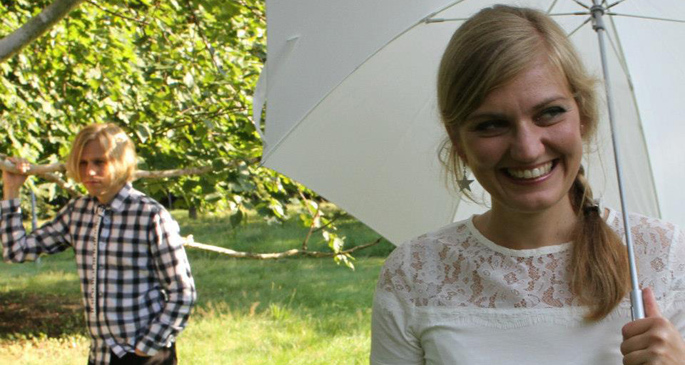 Sally Shapiro‘s cool, Swedish disco might be a far cry from, say, Skream’s brash take on the genre, but it’s hardly any less worthwhile.

Along with producer Johan Agebjörn, the duo have released a free album entitled Sweetened that collects a number of remixes, from a take on Jam & Spoon‘s ‘Find Me’ to a rework of Glass Candy‘s ‘The Chameleon’.

It’s a generous move, and one that is predictably rewarding – Agebjörn’s production skill is very plain, and his light touch on the three Sally Shapiro albums is pushed further into focus on these thirteen remixes.

You can download the whole album from Paper Bag Records. [via Resident Advisor]