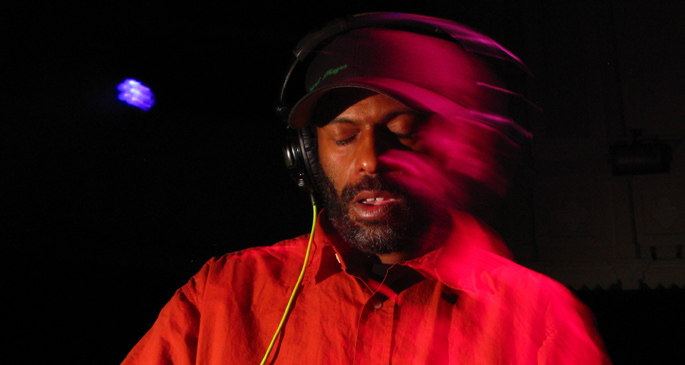 Back in the autumn of 2008, Trouble Vision kicked off its ace series of nights at London’s Corsica Studios and since then they haven’t looked back.

Now in the autumn of 2013, they are celebrating five years of activity in typically fine style – with a series of five epic parties from now until the end of the year. The first, set for September 21, is billed as the opening party and features Hunee, Damiano Von Erckert and Park Ranger. Things take a turn for the cosmic on October 11 with Norwegian disco aficionado Prins Thomas taking the headline spot, supported by DJ Ron, DJ Rahaan and more. On October 19, focus switches to Bristol, where Hotflush and Aus Music are due to make a stand off at In:Motion with Scuba, Dusky, George Fitzgerald, Midland, Will Saul, South London Ordnance and more.

Hivern Music are due to take the reigns for Trouble Vision’s November 23 date at Corsica, with sounds handled by John Talabot, Pional, Fort Romeau and Kresy. The season comes to an end with maybe the night’s most impressive lineup to date – on New Year’s Eve, Trouble Vision are ushering in a monster of a party with Detroit don Theo Parrish, Maurice Fulton, Anthony Naples and FACT’s very own Mr. Beatnick. We’ll see you there. 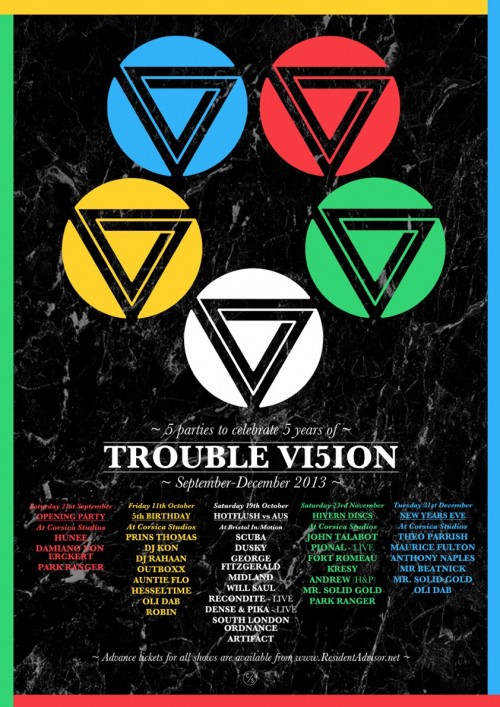