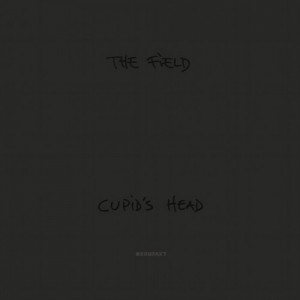 Looping State Of Mind, Axel Wilner’s 2011 album as The Field, saw him take his moniker almost literally, his hallmark short repetitions of samples and chords around Kompakt percussion creating bright, clear, pastoral tracks. In a way, it was like early Susumu Yokota having a sit down with M83 – which is interesting because his latest album, Cupid’s Head, sounds more like Yokota’s later, often starker Laputa, combined with the thick whorls of Andy Stott.

It’s a promising notion that raises questions about how The Field – a project built on certain careful notions of repetition and predictability – could now apply these to a more dramatic voice. And I’d say that, at this stage, it half works.

The opener ’20 Seconds of Affection’, for instance, is a single bar of melodramatic post-rock guitar – think Mono, GS!YBE, Explosions In The Sky, etc. but just one bar – over a slow beat for nearly ten minutes. Half way through it does finally give way to some lush, glassy organ sweeps, but these may have had a more of a sublime effect as a durational piece of their own, Eno-like.

Similarly, ‘They Won’t See Me’ closes the album with a similar issue. Starting with taut sample chopping reminiscent of Timbaland (yes, Timbaland) it quickly succumbs to a minimal house beat – although happily, cosmic, maximal house synth horns change the direction successfully enough to give better context.

Elsewhere, Kosmische-inspired  ‘A Guided Tour’ also works well, keeping its two-chord drone subdued and melody at the forefront, with solid builds and drops. Title track ‘Cupid’s Head’ also takes the album’s theme and applies it more successfully; Daft Punk-meets-contemporary choir, with portamento organ and 808 percussion. ‘No. No…’ uses some stunning, fluttering loops of kick, sample artefacts and female ‘no’s to produce an eerie, gothic quality, the pulse that enters very Stott-like – although the thought of how Holy Other is, by comparison, able to move these kinds of samples around did linger for me.

But it is ‘Black Sea’ that, as the album’s strongest cut, stands as testament to these heavier pieces being at the beginning of a newer sound for The Field. Here, Wilner is in full control of something more familiar, taking a bright, crisp Swedish Balearic beauty through its paces. It’s wonderfully lopsided – with 20-or-more bar expanses of its primary chord then just four bars of another – full of subtle alterations and switches before an unexpected drop to angular acid bass and anxious breathing seven minutes in.

This kind of free-flowing eloquence is lacking from the newer ground broken on Cupid’s Head, but it shouldn’t necessarily be taken as a negative. As an album it is both very much ‘an album by The Field’ and an exhausting experience, for the reasons that Wilner no doubt intended. While it may take until the next album for these darker elements to be as rewardingly complex as Wilner can be, it’s still an immersive trip.