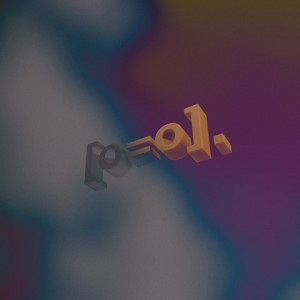 Kwes has had the luxury, over the past two years or more, of being painted as a prodigy waiting in the wings. Dribbling out product since 2009 in the form of a low-key single and two EPs of intimate, lovingly detailed pop, the London musician has been plagued with welcome distractions from the task of completing his debut album. As well as working with Ghostpoet, Micachu and Speech Debelle, he’s performed with Bobby Womack, written music for an opera and travelled to the Democratic Republic of Congo to make music with Damon Albarn (although who hasn’t, these days?). His hard work hasn’t gone unnoticed above ground, either – Kanye West even sampled him for a track on Pusha T’s latest album.

So it must be with some trepidation that he finally draws back the curtain on his first full-length for Warp, the modestly titled ilp. (punctuation included). According to Kwes, the record has been under construction for the past three or four years, in parallel with his EPs and other projects, so it’s no surprise to find that ilp. occupies the same dreamy, drifting landscapes as much of his previous material. Similarly, his themes as a songwriter and storyteller remain rooted in the minutiae of daily life – watching his grandmother take care of her ailing husband (on ’36’, a song named after the elderly couple’s house number), remembering a childhood crush cut short when he’s called in for dinner (‘Rollerblades’), and other small-scale matters of the heart.

Homing in on the quotidian details and bringing them to life under his microscope has long been Kwes’ forte, but this time the space afforded across a whole album allows him to stretch out and luxuriate in sound for sound’s sake, crafting long passages of dense, ear-cuddling noise (the closing minute of ‘Chagall’) and loose-limbed synth washes (‘Flower’), all of which add a strange majesty to his wistful reflections on domesticity. But while this works perfectly in principle, his constant foregrounding of texture over melody, structure or lyrics occasionally leaves ilp. floundering in a soupy mulch of detail. Songs often seem held together by a thread, if at all, each phrase gorgeously rendered but rarely especially memorable, with the notable exceptions of ’36’ and ‘Rollerblades’, the only tracks on this experimental pop album that could really be classified as pop.

Much of the mid-section, particularly the brooding shuffle of ‘Hives’ and the panoramic, bone-trembling movements of ‘Broke’, is vague and impressionistic; melodies float in and out of focus, rarely hovering for long enough to be grasped. Mostly, the songs seem designed for the solipsistic modern listener, glued into headphones and free to add her own narratives to the abstract moodscapes on offer. ‘Chagall’, in particular, is sublime but feels almost formal in its experimentation; a producer’s showy muscle-flexing rather than an expression of any intimately felt emotions.

Kwes’ distinctive voice is a further complication. As he edges into the role of solo artist rather producer, the focus falls on his crumpled, almost childlike vocals, which continually play up his ‘Bashful’ nature (the best-known song from his Meantime EP, included here as the closing track under the even more painfully timid title, ‘B_shf_l’). Whether you warm to his idiosyncratic delivery is a matter of taste, but sometimes you long to shake him out of his eyes-down, hands-in-pockets attitude and shove him into the spotlight. His gentle murmur is constantly overshadowed by the lavishly detailed sonic architecture, and though that contrast seems engineered to create a sense of ramshackle spontaneity, it eventually detracts from the album’s ambition.

Oddly enough, the joys of ilp. are also its failings. Kwes is a resourceful, competent producer and songwriter who’s not short on ideas; if anything, he’s overwhelmed by his own creativity. But considering its lengthy gestation period, this debut on the whole feels slight rather than ambitious, neither focused enough to nail its poppy potential nor madcap enough to feel like a properly strange, experimental pop album. Fortunately, he’s got plenty of time yet to extract bigger, bolder things from his obvious talent – and maybe shake off some of that bashful veneer, too.