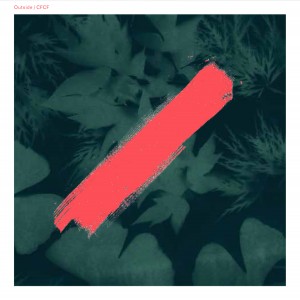 Michael Silver’s recent output as CFCF brings to mind the music of another young Montrealer. Like last year’s Exercises or this year’s Music For Objects, d’Eon’s Music For Keyboards Vol I featured piano-led compositions that explored a simple, cosseted consonance. Both artists tap into a musical lineage – including Satie’s Gymnopedies, the “holy minimalism” of Arvo Part and Brian Eno’s ambient series – that aims to present its emotional affects in a way that either resists or bypasses critical analysis; to present what appears to be an immutable, instinctive form of beauty. Of course, the duo aren’t the only people to till this soil in recent years. But their most prominent ancestor, Oneohtrix Point Never, has often said that his use of the discarded signifiers of New Age et al is a means of exposing and exploring the fallacies of taste. Both of these artists, on the other hand, seem to genuinely believe in the myth.

In these very pages, d’Eon has waxed lyrical about his realisation that “the most pure and sacred music is music that only consists of notes and nothing else” – he cites Part and minimalist pioneers Steve Reich and Terry Riley – explaining that notes, unlike those pesky technologically-derived timbres that have been the focus of much of the popular music of the last century, “are eternally, inherently present in the universe”. Silver – whose Exercises EP equally reflected an urge to “simply work with the notes” – has spoken in similar terms, exhorting those who consider certain sounds to be cheesy to “situate yourself outside of this sound and […] picture a time or a world where it just is the sound that it is. Everything has a value, it just might not be fashionable.” We might, in the 21st Century, have thought this sort of aesthetic absolutism dead. But while the ideals that motivate these artists may seem anachronistic, the strength of their conviction often imbues their music with a surprising charm.

This is the animating force behind Silver’s second full-length, Outside. The record’s main stylistic touchstones harbour their own failed ideals: ’80s stadium pop (Phil Collins, Peter Gabriel), gesturing at the emotional infinite from a fossilised hyper-capitalist moment; John Hassell’s rather tasteless dreams of a trans-cultural Fourth World aesthetic. There are instances of grandiosity here that might send your taste compass haywire: the thunderous storm drums on opener ‘Beyond Light’; ‘Find’, whose electric guitar weeps glistening cross-lit tears beneath a waterfall of synth-string chords; the ever-present panpipes. Swooning arp-vistas in the Oneohtrix vein are a common fixture, and other of Silver’s long-term infatuations surface on occasion, in particular those gorgeous 80s David Sylvian/Ryuichi Sakamoto collabs.

Throughout it all, Silver’s delivery is unfailingly straight-faced – a tactic which yields a fair few moments of loveliness. ‘Transcend’ is sheer New Age bliss, while whispered slow-jam closer ‘Walking In The Dust’ bears faint echoes of, oddly, The XX. ‘Jump Out Of The Train’, probably the highlight, neatly captures the curious beauty of experiencing a landscape through a train window. Elsewhere, however, small cracks in Silver’s pop edifice emerge, be it the ill-fitting female vocal in plodding ballad ‘Strange Form Of Life’, or, in ‘The Breath’, Silver’s own voice, a little wooden and too frail to carry the melody. Given that Outside isn’t exactly svelte, you’d think Silver could have shaved off these weaker moments (in fact, most of these ten tracks could do with a trim – concision has never been a gift of Silver’s). Aside from anything else, though, over 53-odd minutes, the utter sincerity of it all begins to feel rather wearisome. Silver may believe in the changeless beauty of his art, but he doesn’t quite succeed in convincing the rest of us.