James Murphy and 2ManyDJs bringing their Despacio 50,000 watt soundsystem to London next month 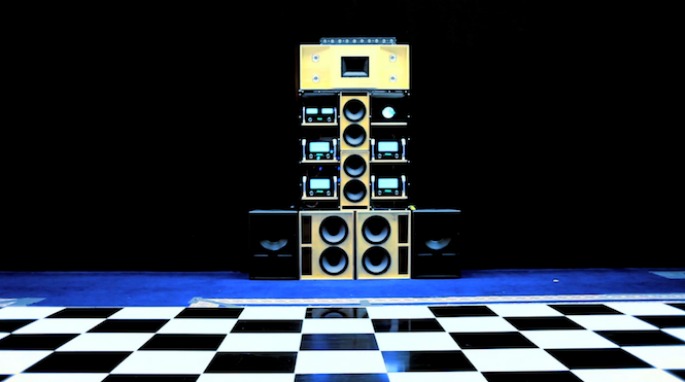 “The biggest audiophile soundsystem in existence,” for two nights only.

Former LCD Soundsystem man James Murphy and Belgian mash-up originals 2ManyDJs will be infiltrating your disco in a big way this December – they’re bringing their custom-made Despacio soundsystem to London for two nights at the Hammersmith Town Hall.

Originally debuted at this year’s Manchester International Festival, the monster 50,000-watt soundsystem comprises eight 11-feet-tall speaker stacks plus 48 amplifiers costing £22,000 apiece, which they say creates a unique listening experience designed especially for their vinyl-only sets. Find out more in the mini-documentary by The Vinyl Factory below.

Tickets for the events on December 19 and 20 went on sale this morning.

Watch a mini-documentary about Despacio:

Despacio AKA “The biggest audiophile soundsystem in existence” set for December debut in the capital.

The wood-panelled Ballroom at Hammersmith Town Hall will not have ever heard or seen anything like it. In fact, complete with 1930′s sprung-dancefloor, it is far from the kind of venue you’d associate with a “revolutionary new clubbing experience”. Then again, when has James Murphy ever done things by the book? Having wowed crowds at Manchester’s New Century Hall (a conference room turned disco mecca, itself not your average venue) at this year’s Manchester International Festival, the towering Despacio rig piloted by messrs James Murphy and Soulwax/2ManyDJs brothers David and Stephan Dewaele is set to make its full-blooded London debut on 19th and 20th December.

To describe the Despacio experience as ‘revolutionary’ is to only tell half the story. The concept guiding the seven 11ft speaker stacks that embrace the dancefloor is state-of the art in its simplicity. A night of music, played entirely on vinyl, where the focus is on sound quality, dancing and good times. Of course it also helps if you happen to be powering that party with “the biggest audiophile soundsystem in existence”.