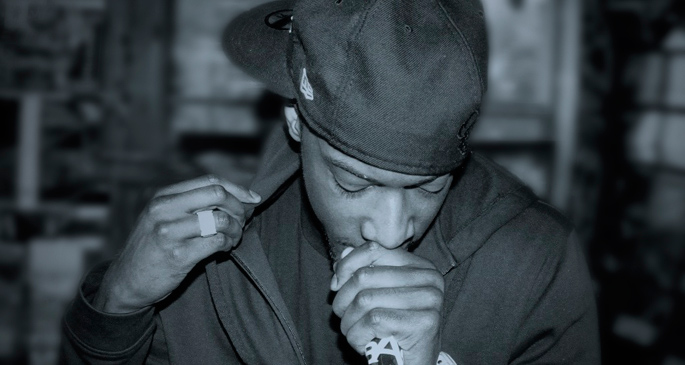 As Detroit continues to face financial woes, its creative sons and daughters are still flying the flag of a city whose output has shaped and evolved modern music in myriad ways. They bring the gospel of Motown to all who will hear it, and Black Milk is no different. Standing on the stage of London’s Scala during his No Poison, No Paradise tour, the producer and MC is drenched in sweat and proudly telling the crowd where he hails from. His live show is an immaculately well-rehearsed monster truck that rolls through the venue leaving no-one unscathed. 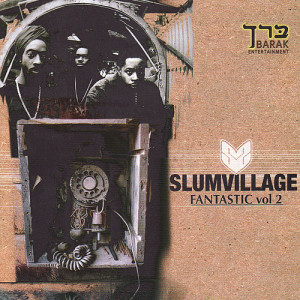 Over the past ten years, Black Milk has established himself as one of the finest names in the city’s long-standing hip hop history. Coming up at the turn of the century, he has carved a niche for himself in that ever-so-tricky dual position of MC and producer: not only can he make some of the most banging beats you’ll hear, he can also rap pretty damn good. From his work with Slum Village, Guilty Simpson and, more recently, Danny Brown, to his solo albums and recent Computer Ugly project, Black Milk is a man of many faces. He’s just as comfortable behind an MPC as he is directing his band.

We sat down following his show to discuss an album he has claimed to be his favourite rap record of all time, Slum Village’s Fantastic Vol.2 – which, following Disclosure‘s panegyric earlier this year, is the first album to appear twice in the On Record series. The second album by the legendary Detroit outfit remains one of hip hop’s cult classics – often imitated, never equalled and responsible for much more than you might first think. What follows is a discussion about the meaning of the record and its legacy in the words of one of Slum and Dilla’s self-described biggest Stans.

“It set a trend in music, and not just hip hop. It created a sound.”

You’ve been on record before – on the Waajeed Bling47 series – saying that Fantastic Vol.2 was your favourite rap album of all time. So my first question is: why Vol. 2, and not Vol. 1?

Vol. 1 is right there with it too, but Vol. 2 I feel like they took what they did on Vol. 1 and polished it up. They mastered how to make good solid records but still keep the fun, stylistic elements of Slum Village. Vol. 1 was more like straight demos, straight basement. That’s the reason why I love it too, but they brought more structure to their formula while keeping the elements of why we love Slum Village.

Definitely. A lot more cohesive, and I also feel like Dilla really stepped up his production on it. He had mastered his beats better by that time.

He’s coming out of the Ummah period on a lot of these beats.

Right. Things are starting to change at that time, they’re evolving. A song that comes to mind on this subject is ‘Raise It Up’. When I first heard it I didn’t understand it. I was like, “This ain’t the Slum sound? What the fuck is this?!?” I was a little upset. I heard it for the first time live, I saw them perform it live, and it threw me off guard a little bit because it wasn’t that typical, you know, jazzy Slum sound. It was more some digital, electronic type shit. The more I listened to it, though, and as time went past, I understood it, and I think it’s a testament to how many steps ahead Dilla was with beats. It took me a while to catch up.

I seen them perform it at the very first DEMF, the Detroit Electronic Music Festival. I can’t remember the year, maybe 1999 or 2000. They played a few songs there, just before the album came out officially. Listening back to it now, it definitely has that electronic vibe that Detroit has a legacy of – even if it’s a Daft Punk sample, the feeling of it is incredible. He knew how to flip anything into hip hop, funky shit.

Ahhhh man… for a long time, and probably even right now, I’d say the song ‘Untitled’ is my favourite track on the album. The way… the chords on that song, the Rhodes Dilla is playing, they’re so…what’s the right word? They’re off-type chords. They’re not traditional chords, they’re off. It was a strange beat, and then for it to not have a hook on it and instead have this watery sample coming in and out on the hook part. That shit is just magic. That’s the best way I can explain it. Shit feels magical, some shit I never heard before. So soulful. The way he was styling the beat with the verses and how he was chopping the beat in and out on those verses, it was just magic! That was one of the reasons I was drawn into Slum’s music and Dilla’s music. It was like Tribe Called Quest but way more ghetto, you know what I’m saying? It was like a ghetto-ass Tribe Called Quest man. A hood version of Tribe Called Quest, and that’s why I love Slum’s shit.

You mentioned seeing ‘Raise It Up’ live, but are there any other memories you have of the album that are attached to Detroit, to places, that kind of thing?

Definitely. When I hear that album, it reminds me of St. Andrews for example, which is one of the key spots. There’s a lot of history at that club from Detroit artists. Everyone from Slum to Em, to anybody you can think of. They all came through and rocked that club. I think about that. I think about being around my older cousins a lot because they were the ones that put me onto Slum. I think being around them and hearing that shit and bugging out. And the thing is, for a long time, I didn’t even know Slum was from Detroit! When I figured it out, it made the music ten times better. I remember hearing ‘I Don’t Know’ for the first time, and the way Dilla had the James Brown cuts coming in and out [sings the part]. That shit was like something I’d never heard before, probably because no one had really freaked it like that before, but that shit blew my mind so hard. Who makes rap music like this? Who makes music like this? There are a lot of memories attached to the album for sure.

What do you think the legacy of the album is?

It’s funny you say that… I look at this album as a cult classic, it has a cult following of heads who love the album as much as me. The weird thing about it, though, is that it set a trend in music, and not just hip hop. It created a sound. I hate to use the word neo-soul, but if it wasn’t for that album, I feel like you wouldn’t really have the sound you hear on D’Angelo’s Voodoo or even Badu’s Mama’s Gun and so on. Everyone who came out of this neo-soul era, Slum Village’s Vol. 1 and Vol. 2 had a lot to do with that sound. Those albums were the seed, the spark. And yet those albums weren’t as popular as all the ones that followed and which it spawned. It be like that sometimes, you know. Sometimes it’s not a good thing to be the first one. Everybody who knows what’s up knows where it stems from, they know Dilla catalysed that sound. Legacy wise… I know we’re talking about my favourite album, but another album that’s definitely in my top three is Voodoo. If it wasn’t for Vol.2, I don’t even know if there would be a Voodoo, you know? Some of my favourite music from other artists came because of Vol. 1 and Vol. 2 and that’s something I always hold onto and think about.

Even today, in 2013, you think about the whole beat generation thing, the whole beat culture that is huge right now. All that for me also stems from Dilla, and Madlib of course. It stems from Dilla, and the beat CDs and Slum. It’s evolved into something else today, but that’s one seed, that’s where it comes from. It’s amazing. For someone like me who wasn’t necessarily a part of it, but a part of it where I seen it all happen before it became a trend. I was there when it was just people in Detroit knew about it, you know? It trips me out, it’s crazy.

You worked with Slum after those two albums. How was it going from being the kid who didn’t know they were from Detroit to making ‘Trinity’? Must have felt pretty good, I imagine.

It felt crazy. I was Slum’s biggest fan. When I got a chance to work with them, it was huge for me. They were my Tribe Called Quest. It might sound like blasphemy, but that’s what they were. My Tribe, my OutKast. That’s how much they influenced me. So when I got a chance to work with them, I was just happy to be around. Happy to be around T3, Baatin. Dilla had left the group at that time and they were looking for people to become in-house producers for them, but I still got a chance to meet and work with Dilla through that. I got to work with my heroes, one of my music heroes. To this day it remains one of the biggest achievements of my career, I feel. To be able to work with a group of people that influenced your whole shit. Your whole sound. A lot of people don’t get that chance. And not just Slum but also Dilla. Since he’s not here anymore, I got a chance to make some music with this guy, and that means a lot to me.

Well, the last question, and I hope you don’t mind me asking that, but I was wondering if you had any thoughts on the posthumous releases that have followed Dilla’s passing? I know it’s something that to a degree divides people who were close to him.

For me… it’s like I understand… it’s kinda a Catch 22 situation. Me as a fan, I want to hear as much shit as I possibly can. Especially the stuff you don’t know of as a fan. You think you know it all and then there’s some new shit. I didn’t hear that beat, or that song. So I want them to put it out. At the same time, I feel that it has to be done in a tasteful way, where it’s being released properly. It’s still keeping his name and his legacy in a certain light, with a certain level of class. Sometimes it can get a little crazy, wild, a tad unprofessional, but you know… for the most part I don’t feel it’s my place to speak on it in a way where I talk about what I like or don’t like. I just hope whatever comes out in the future, if there are more projects coming, I hope they’re done in a way where the Stans are happy and the fans are happy. I’m a super Stan, and he has a lot of super Stans who heard most of his music already, so it has to be done right.