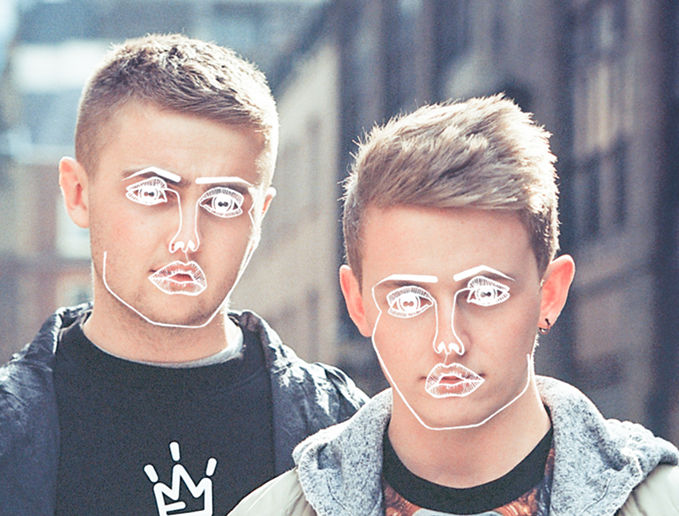 In this edition we caught up with UK duo Disclosure, whose blend of UK garage’s pop prime and the high-colour modern dance music of early Joy Orbison has catapulted them to stardom: their most recent single, ‘You & Me’ just made #10 in the UK singles chart, and the AlunaGeorge featuring ‘White Noise’ peaked at #2, only beaten by Macklemore’s ‘Thrift Shop’. Their debut album Settle will be released this Summer, and they picked Detroit hip-hop group Slum Village’s Fantastic Volume 2.

I’m guessing you picked this record because of J Dilla, who you’ve brought up a few times in interviews. Is that right?

Guy: Yeah, it’s one of our favourite hip-hop albums ever, not just because J Dilla produced it – we love Slum Village both before and after [he left] – but it’s just a great album. I’m not the biggest fan of the content of the rapping, it’s basically the same thing over and over again [laughs], but the beats and the way they’re produced is the main reason why we love it.

How did you get into it? Was it quite an early on?

G: I’m not sure, maybe. I’ve listened to a lot of hip-hop since my very young teens, and I didn’t really know about J Dilla but I was listening to artists like Busta Rhymes and A Tribe Called Quest, and once I found out it was this one guy producing a lot of it I was like ‘right, I need to find out more about him.’

Yeah, I think that’s how a lot of people got into Dilla – certainly prior to his death, anyway. There’s that link to house music too, hanging with people like Andres and Moodymann.

I think there’s less of a divide there – like hip-hop, soul, house, it’s all seen as part of the same thing. Whereas in the UK and Europe people draw a bit more of a line between them – which I suppose makes it quite interesting that you’re a UK garage duo talking about Dilla.

G: Well Dilla sampled loads of techno and house in his records, which makes you figure he was a fan of it… Or even if he wasn’t a fan, at least understood it.

You recorded Settle in about a year, did you shut a lot of other music out? Or were there certain records that you’d always put on while writing etc?

Howard: This was definitely one, and Volume 1 as well. Everything Slum Village – with Dilla, at least – is a big influence on our production.

G: Another one that’s firmly up on the wall of the studio is Voodoo by D’Angelo. I almost picked that for this interview, actually. I’ve got a lot of my favourite records up on the wall by my computer to remind myself to tray and make something as good as them… It doesn’t always happen. Onra’s Long Distance [too]. Love that album.

H: One of the tracks on that features T3 from Slum Village, as well.

G: Kendrick Lamar’s last album too, it’s just such a well put together album in terms of flow, how the songs link and all the little dialogues.

It seems to be a rarity right now, with rappers packing as many tracks into records as possible. Everyone’s forgotten that Illmatic only had 10.

G: Maybe it’s because it’s his third album, he had a bit more time to think about it.

What do you think about the posthumous Dilla releases?

G: For me at least, the most important stuff he did was still with Slum Village. Some of the things he did on such limited equipment – just little tape decks and MPCs – it’s just incredible, really.

H: It’s like he took what Pete Rock was doing and added a little bit more musicality – all the jazz influences. That’s why it speaks to us, I think, we love stuff with overcomplicated jazzy chords and Dilla was clearly all over that as well.

Disclosure play the Bugged Out / FACT tent at this year’s Field Day.