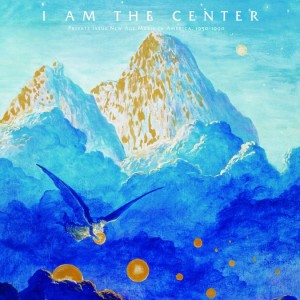 Available on: Light In The Attic

It’s hard for me not to get over excited about the current increasing interest in immersive, beat-free music – because ambient was my punk rock. I’m not even joking: I was 15, and nicely stoned, when I heard the first Orb Peel Session on the radio, and it was one of those rare moments in life when all the rules changed. Just as with punk, it felt like everything was up for grabs, and music could be made however you wanted it to be. And throughout my life, whether it was laying sparked out on a beanbag in Megatripolis at Heaven with a brain machine clamped to my face (yeah and what?), or pinned to my seat in the Barbican by the fractal sublime of Wolfgang Voigt’s Gas audiovisual show, ambient music has provided the most intense and stimulating musical moments of my life.

Yes, stimulating. There’s a qualitative difference in experience in listening to music that’s incredibly slow. As New Scientist reported last week, our brains lock into tempo sync with the kind of rhythmic music and conversation that form the backbone of modern social experience, which partly explains the pleasures of experiencing rhythmic music en masse: it genuinely does bring us together, in thought as well as action. But below a certain tempo – or with no rhythm – the brain can’t slow down any further and so is no longer led by the music. When that happens your thoughts are free to roam. Which would explain why, as this compilation shows, music that’s free-floating is one of the fundamental bases to which we keep returning, just as we keep returning to the steady pulse of the four-to-the-floor for other reasons.

Just like the very best four-to-the-floor house and techno, this is functional music. These tracks were generally made for meditation, or for simple pleasure, and all self-published with little or no hope of commercial gain. The kooks, weirdos, cult leaders and isolated hippies who made them all came by accident or design to the same place – extended ebb or flow of sound that allows the listener to cut loose from the impositions of music and speech that we’re used to. So the harp arpeggios of Gail Laughton (as used on the Blade Runner soundtrack) and Joel Andrews, the piano incantations of the notorious mystic George Gurdjieff with Thomas de Hartmann, the ecstatic synth pads with unending Steve Hillage-style guitar stroking of Aeoliah or the angelic “aaaah”s over rumbles and water sounds of Alice Damon: though they’re made over 40 years, they fit together perfectly. Unlike Eno’s slightly yuppie-ish vision of ambient sound as “wallpaper”, this is music to turn up loud and let overwhelm you.

It’s easy to see how the zoned-out and Zenned-out can get ideas of the eternal from this stuff: the fact that all these people discovered a similar function of music separately must lead them to feel like they’re tapping into something metaphysical and beyond time. And the feeling you can get when fully soaking in this music, set free from rhythm and progression, can, if you’re lucky, give you the sense that it could go on for ever. It’s not eternal music, of course: it just has a very particular effect on your brain, like a drug. But it’s a drug worth taking – and it is punk in a deeply perverse way. Just like how I felt as an impressionable teenager, you’re forced into a different way of thinking about music and the value of time, and in a time when our time is constantly being stolen from us and a sense of desperation is engendered by our culture, a step into the brainspace of those kooks and weirdos of times past, the active choice of taking two hours plus to enjoy this preposterous, untethered loveliness, feels like a genuinely subversive musical act.

Tags: Light in the AtticNew Age