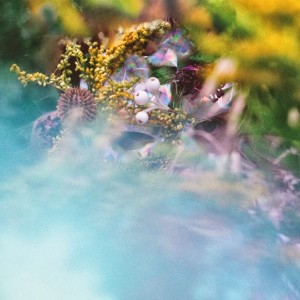 I am going to be honest and admit that I’m deeply sceptical of any adult who liquefies the conventions of upper- and lowercase letters as part of their artistic expression. Yes, it’s probably petty, but it has served me well over the years, so I approached the first solo album by bEEdEEgEE (Gang Gang Dance member Brian DeGraw) with glum reticence, and SUM/ONE unfortunately proved my jaded second-guessing correct.

DeGraw’s solo work comes across like the prolific kid in a music tech class, using everything in his grasp to throw as many ideas into each song as possible. And, naturally, there’s a passion for cringeworthy production values; SUM/ONE uses an abundance of preset-like synths, occasional guitar and vocals, and an anxious number of drum samples to create hyperactively changing ‘worldy’ pop/dance tracks that never find a centre in all the layers. These are then framed by self-help tape samples and basic musique concrète in an often-grating patchwork of quasi-New Age reference.

It’s frustrating because, within the overly eccentric arrangements, there are plenty of voices that are interesting in their character or how they’ve been manipulated, and these are moments that should be taking centre stage. The pipe and string flourishes in ‘Empty Vases’ are perfect, and the detuned winding reed melodies in ‘Flowers’ are fresh, as is the snappy, Murlo-like dancehall percussion of ‘Quantum Poet Riddim’. There are any number of moments like these found throughout SUM/ONE, and they’re far more rewarding than the dirgy pop songs and fitful ‘club-not-club’ tracks around them.

To this end, ‘Overlook’ is by the far the record’s highlight – short and tightly bunched with just the right amount of parts, its blippy re-pitched samples and complex rhythms sitting somewhere between Pictureplane and FAY. The Alexis Taylor-featuring ‘(F.U.T.D.) Time Of Waste’ is also a high point, having the expected amount of Hot Chip input – often blandly kitsch, but with obvious momentum and some undeniably banging moments – and the strange trap r’n’b hybrid of ‘Bricks’ is arresting, if not entirely coherent.

Gang Gang Dance seemingly channel and edit down the tighter aspects of what DeGraw does, with the shared interests of the band synthesizing the global elements of their sound into something quite punk. If he could do more of this as bEEdEEgEE the results would no doubt be better, as SUM/ONE is neither punk nor hippyish in its convictions. Instead, despite DeGraw’s earnestness and the many good ideas that are in there, SUM/ONE‘s sense of free rein results in something garishly over the top – a bit like reversing your cases when trying to write a serious point.