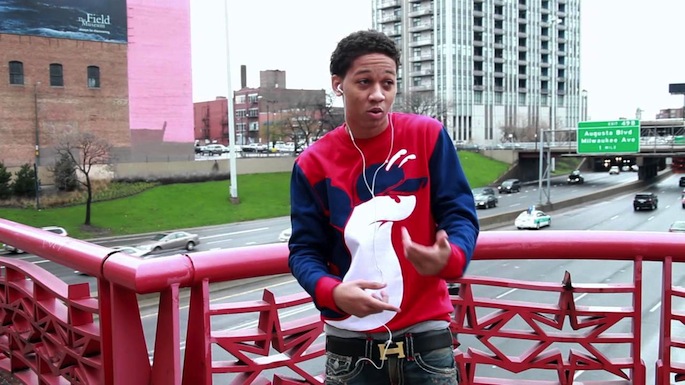 This seems a bit anticlimactic after unveiling our mixtapes of the year, but December always brings a few surprises that will go under-reported. Like King Louie in 2012, Lil Bibby waited until late in the year to release a highly-anticipated mixtape; we also check in with MMG, the ever-prolific Soulja Boy, Druture and friends, and more. DJ mixes feature slowed-down Chicago trax, “Future Miami Bass,” and an astral house journey. 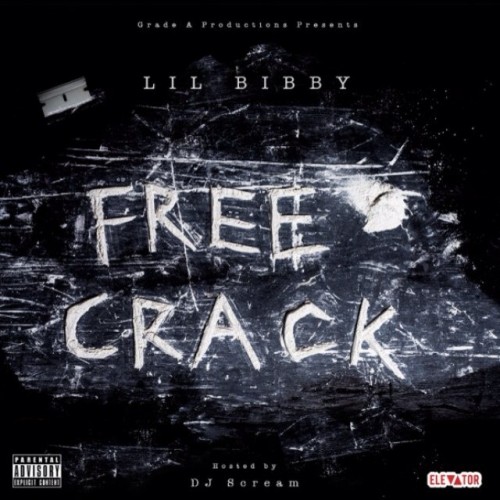 If you’ve spent much time investigating Windy City rap over the last year, chances are you’ve stumbled across Lil Bibby. Even without a ‘proper’ tape to his name, the young rapper (often found with sparring partner Lil Herb) has managed to notch up a surprising following and an estimable run of one-offs. This is undoubtedly down to the fact that Herb has far more to say than many of his less verbose peers, a fact that he quickly acknowledges on ‘Bibby Story’ with throwaway line “these niggas illiterate and ignorant/they not even completing sentences”. Bibby might hark from the same treacherous streets as Keef, but is far more driven to animate that struggle with more than a catchphrase and a drunken moan.

This doesn’t mean he’s turned his back on the local scene, far from it in fact – drill veteran King Louie turns up twice on Free Crack, re-affirming Bibby’s local cred and adding a much-needed light touch to a tape that at times threatens to be pretty heavy going. Bibby’s latent potential is impossible to ignore – he occasionally brings to mind a young Hov, not least on throwback cut ‘If You Knew’ where he manages to inject a Chi-town swing into a track that sounds almost radio playable. It would be wise to expect big things from Bibby in 2014. 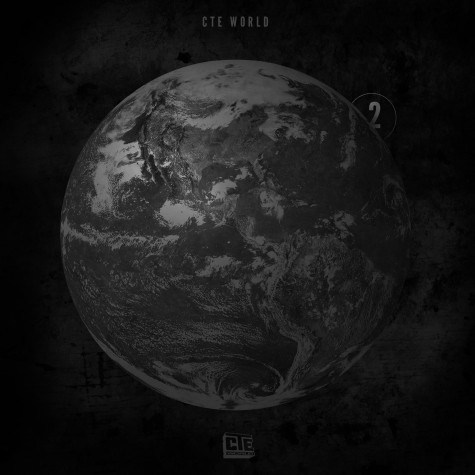 Jeezy follows up the serviceable #ItsThaWorld EP with this brief sequel, and thankfully he seems to have smoothed out some of the rough edges in the process. Detroit local stars Doughboyz Cashout are still a strong focus, but Jeezy himself actually puts in some solid bars this time, taking the lead on a couple of the tape’s highlights – Drumma Boy produced ‘Foul Play’ and elegiac slow-burner ‘Birfday’. ‘R.I.P’-producer DJ Mustard teams up with Jeezy yet again, and his cuts typically offer the best value, with the LA producer again proving why he’s one of the most sought after beatmakers in the game right now.

‘My Young Niggaz’ doesn’t exactly find Mustard shaking up his usual slippery ratchet steez, but accompanied by Doughboyz, Jeezy and LA’s own YG Mustard’s minimalism is graced with a hoarse menace that’s hard not to fall for. Rounded off by Childish Major’s ‘In My Head’, #ItsThaWorld 2 isn’t going to set the world on fire, but it’s a decent enough stopgap before Jeezy manages to rustle together something more substantial. 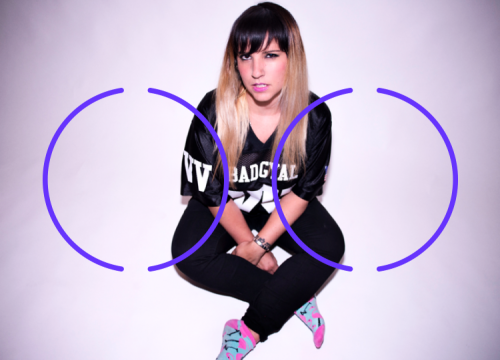 Brooklyn-via-Miami DJ/producer Jubilee makes her second appearance in the round-up with this lean-n-mean 40-minute set. As always, Jubilee’s set is steeped in Miami bass, with forays into freestyle, Baltimore club, and all things club-oriented. Her Trouble & Bass single with Burt Fox (‘Keys Wallet Phone’ / ‘Thirsty P’) makes an appearance, as does her new track ‘I-95’, Rizzla & Blk. Adonis collaboration ‘Trina Isn’t Here For It’, and an early mix of Gangsta Boo & Sinjin Hawke’s ‘Yea Hoe’. If you’re at Art Basel in Miami, this is your soundtrack. 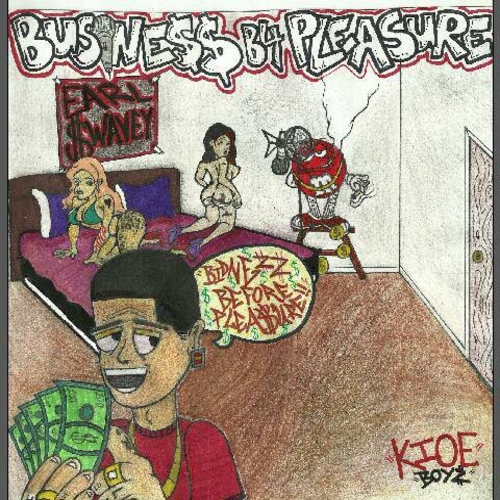 This one is a few months old, but we missed it the first time around (along with most of the Internet, save Noz). Better late than never: Earl Swavey’s Business Before Pleasure is one of the best West Coast party rap tapes of the year, a 14-track function soundtrack with a lush sound with more of a Bay Area hyphy influence than DJ Mustard’s Ratchet Music template. Producer Larry on the Beat provides plenty of gut-rumbling basslines, 10-story-high synth stabs, two-stepping drum machine backlines, and sparse, twinkling melodies.

Swavey is a charismatic MC with an ear for a hook; ‘Fuck You’ pairs church organ chords with the simple-but-effective “Fuck me? / Naw, nigga, fuck you / And if I see your bitch / she gonna get fucked too.” Other than the usual rollin’ around / spendin’ it tropes, the tape offers “Trust No One” anthems ‘The Anthem’ (simple enough) and ‘DTA’. Both feature Swavey’s Kioe Boyz partner-in-crime Fl1rt, a raspy roughneck to watch (“oh your man mad? / he see my neck bites? / I’m never trippin’ / call me when you coming next night”) and they’re flipsides of the same coin: ‘The Anthem’ has the menace of trap or drill, while ‘DTA’ (short for “don’t trust anyone”) is the playful, West Coast version. We won’t sleep on Swavey next time. (And check out that cover art!) 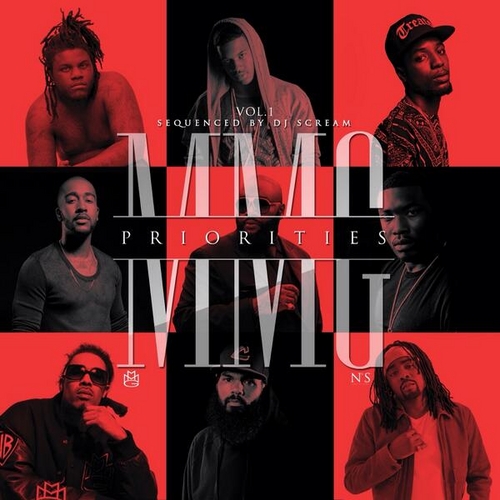 While they’ve lost some of their luster in recent years, the Rick Ross-helmed Maybach Music Group is still a force to reckon with in rap, especially on radios and in clubs in the US. If you’re curious to what MMG has been up to in Q4, Priorities Vol. 1 collects 15 odds-and-ends that have mostly been released previously. For the most part, the mixtape sticks to the crew’s tried-and-true brand of big, brash street rap shout-alongs, with tracks by new signees mixed in.

Newcomer Tracy T teams up with Meek Mill and brings some New Atlanta trap with ’16’; DC’s Fat Trel offers the bouncy ‘She Fell In Love’ and pairs with one-time mentor Wale on the down-tempo ‘MFS’. MMG standout Gunplay is limited to low-key weed dedication ‘Kush’, while resident soulman Omarion and struggle rapper Stalley are up to their usual shticks; likewise, Wale continues to typify middle-of-the-road radio rap. This one is far from essential; here’s hoping Gunplay’s album is out sooner rather than later. 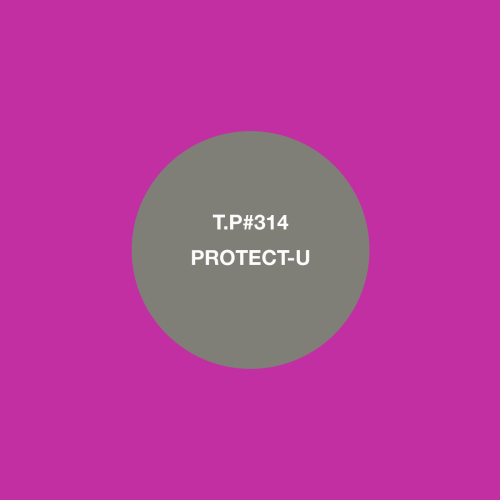 DC heads Mike Petillo and Aaron Leitko have put together a startling blend of tracks here, with a refreshing disregard for the usual constraints of anything so course as genre or ‘established’ taste. Drifting casually from blissful occidental dub into blustery house, outsider electronics, vintage electro, disco and whatever else is weighing down the shelves in the Protect-U HQ, Steel Can Green Tea is a rare mix that doesn’t just stand as a testament to the two producers’ musical knowledge, it almost pokes fun at it. It’s near impossible to guess where Petillo and Leitko will move at any given time, and in an age of Spotify and Mixcloud playlists, a bit of mystery can be energizing and immensely gratifying. 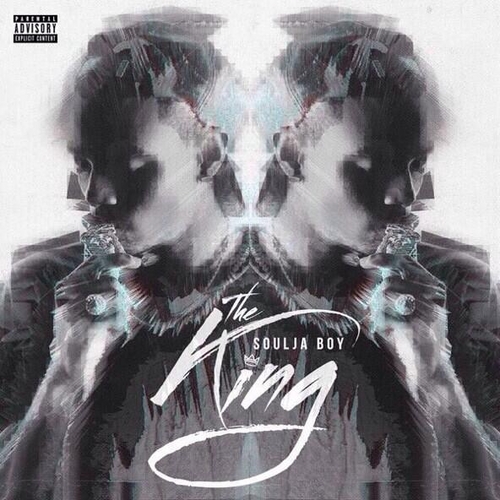 If you’re a regular reader of the column, you’ll no doubt be well aware that Soulja Boy’s a pretty frequently seen character around these parts. Of course, this really just means that he’s worryingly prolific, but occasionally DeAndre does indeed stumble across something that does enough to just about distance itself from the gush of forgettable identikit rap. We’re never quite sure how purposeful this might be, and typically you can scrub out at least half of each of Soulja’s tapes – this time we can immediately lose ‘Guwop’, ‘Girls Gone Wild’ and the shockingly inept ‘Beverly Hills’, but there are thankfully at least a couple of high points.

The worryingly dark ‘New Porsche’ is more enjoyable than it really should be, and Migos collaborations ‘Work’ and ‘Bank of America’ are both worthy of multiple listens, but damn it’s a slog. By the time you reach the tape’s 19th track, it’s hard to know whether to laugh or cry. ‘Bonnie and Clyde’ sounds as if an inebriated toddler has been left to gargle gibberish over a Dutch teenager’s first Reason demo. It’s almost so bad it’s good, but not quite. 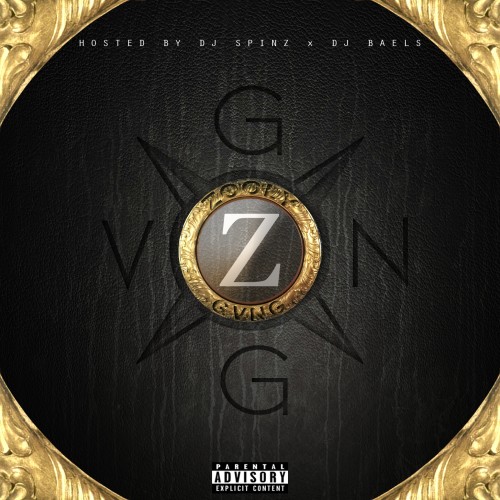 Atlanta rap crew Zooly Gvng might not be particularly well known outside of Georgia state lines, but a cosign from white-hot producer DJ Spinz goes a long way around these parts. A closer look and you might notice that the majority of the tape is handled by innovative local production duo FKi, and it’s certainly the tape’s bassy swagger that makes the most instant impression.

It’s basically a selection of tracks from the Zooly Gvng’s component parts – silk-voiced rapper/singer Natasha Moseley, hoarse-voiced spitter Zuse and the charismatic Mike Fresh. Stitched together by FKi however the tape thankfully never sounds overly disjointed, dropping confidently from sparse ATL strip-club slow burners like ‘Win It’ all the way to retro cut ‘Mix It Up’. Unlike so many tapes, Zooly Gvng’s 18-track statement of intent is the rarest of things – actually fun to listen to, and you’d be surprised how far that’ll get you. 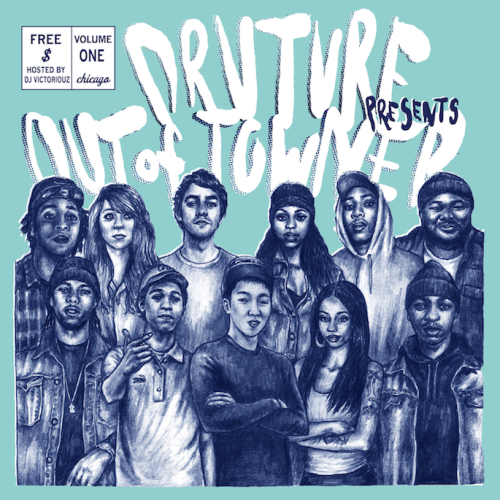 DRUTURE
OUT OF TOWNERS VOL. 1

Former Grown Folk member (and FACT producer-to-watch) Druture finally unveiled the first volume of his Out Of Towners series, a grab-bag of originals, remixes, and one-offs focusing on talent (mostly) from Chicago. Druture supplies his synth-laced, Atlanta-influenced style to originals by members of Young Chop’s 8TMG crew (Johnny May Cash, YB, Rampage, King Rell), with mixed results. The sawtooth bassline on ‘They Goin’ is just nasty, while ‘Beef’ is a bit scattershot; Lil Bibby’s groover ‘Strange’ fares best.

His edits infuse Chicago rap tracks with tastes of trance, grime, and jungle; Lil Durk’s ‘L’s Anthem’ benefits from some breakbeats. The best tracks feature female talent: there’s Little Cloud’s Lana Del Rey-meets-The Weeknd cover of Chief Keef’s ‘Round Da Rosey’ and ‘Spotless’, a hazy Ryan Hemsworth production that brings together the buzzy trio of Tink, Sasha Go Hard, and Kitty. The whole thing could benefit from a mixing engineer, but we’re looking forward to where Druture’s headed next. 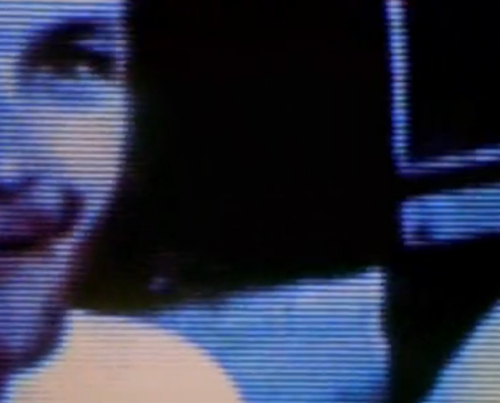 “I played a chill out set at a house party this summer of warped down juke trax and it inspired me to make this mix,” writes Providence, RI-based DJ/producer Howse. While it’s not quite as syrupy as a chopped-and-screwed mix, it turns out that amped-up juke, footwork, ghetto house, and ghettotech tracks sound pretty cool at 120 BPM: DJ Rashad’s ‘Get Down and Make Em Freak’ rumbles like Miami bass and so on. Plenty of Chicago mainstays here (Rashad, Spinn, Clent, Earl, etc.), but Actress, Scuba, and even Boards of Canada make appearances. A weird but wonderful way to wind down.