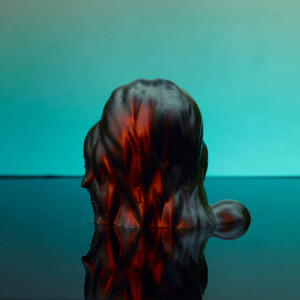 Humour in dance music is a risky business. After all, musical jokes have a notoriously short shelf life, and club-goers tend not to be, first and foremost, in search of a chuckle. Added to which, if you’re playing for laughs, you’re probably not doing your utmost to get bodies moving.

Perhaps Axel Boman isn’t aware of the risks; perhaps he doesn’t care. Either way, much of the Stockholm producer’s activities seem to be conducted with a gentle smirk, and he and his Studio Barnhus cohorts often come across as, if not arch, then certainly incurably whimsical. So it should come as no surprise that Boman’s debut album features its fair share of sonic pratfalls. ‘Animal Lovers’ could be downpitched circus music – there’s even a querulous organ breakdown – and the joke has worn off well before its five and a half minutes are up. The jaunty steel band loop in closer ‘Bottoms Up’ feels rather glib too, and lead single ‘Fantastic Piano’ has a big, stupid easy-listening grin plastered on its face for the duration.

Still, humour is a part of life – right? – and the life of Boman’s music lies in its samples. Percussion and synths do, of course, feature amply, but in most of these painterly, highly refined house productions they serve as demure framing for some dusty sample or other. And while, yes, letting his material run free sometimes leads to slapstick, equally often Boman finds himself in rather interesting places.

Take, for example, opener ‘Can’t Find it’. For the most part it’s gorgeous quickstepping house, all minor 7th piano chords and eardrum-tickling hihats. But in the breakdown a background string loop breaks free of its holding pattern and launches into some slushy orchestral ballad, threatening to pull the mix apart before evaporating just as quickly. Or ‘Hello’, which flips a disco ballad by Dr. Buzzard’s Original Savannah Band, dribbling snippets of piano and vocal through the sparse percussive gauze to surprisingly melancholy effect. Or ‘No Sweden’, which sounds like the producer has got his hands on some sort of Middle Eastern psych record, all modal synth flourishes and blasts of melodramatic strings.

Boman is probably best known for his 2010 breakout single ‘Purple Drank’, and while there are a couple of similarly big-room-friendly numbers here – ‘New Krau Era’, with its full-fat New Jersey bassline, or ‘No! No! No! No!’ – most tracks thrive on curious details rather than bold gestures. The chords in ‘Dance All Night’ fizz and burble erratically, before dissolving into chaotic squiggles in the closing minute; ‘Let’s Get Nervous’’ rote soul loop is beset by stuttering synth work and a barrage of percussion; boogie ballad ‘Barcelona’ is an unexpected delight. At over an hour in length, Family Vacation is a formidable listen. But it’s full of subtle surprises that make the effort more than worthwhile.